A message of solidarity from the Asia 21 Cambodia Chapter 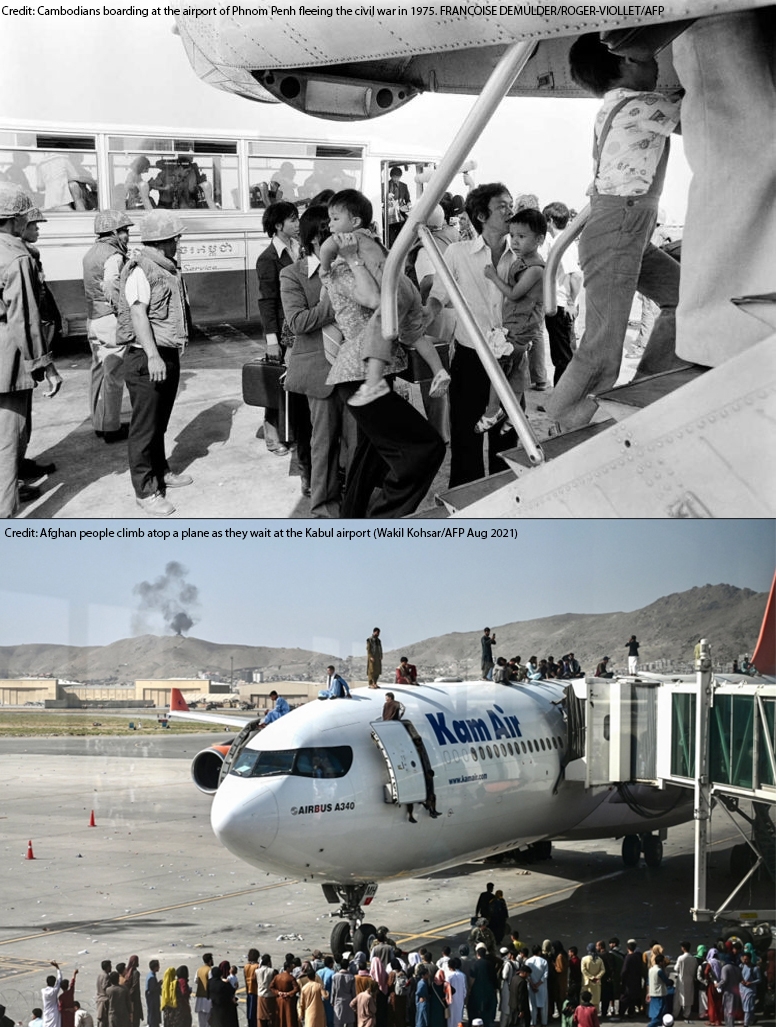 As representatives of the Asia Society’s Asia21 Cambodia Chapter, our thoughts and prayers are with Afghan Asia 21 alums and their families.

We continue to witness with great concern as thousands of Afghans are still trying to escape the country and seek safety and refuge elsewhere.

Aid agencies have already sounded the alarm about an “impending humanitarian crisis” due to lack of access to medical care as international medical NGOs cease their activities; potential economic collapse as foreign aid has been halted; continuing internal displacement; and backsliding of women and girls’ rights.

We could not avoid noticing the similarities between the U.S. pullout from Afghanistan and the withdrawal of U.S. support from Cambodia back in 1975 (“Operation Eagle Pull").  The U.S. withdrawal opened the way for a revolutionary army (the Khmer Rouge) to perpetrate atrocities on Cambodian civilians. During a period of more than four years, the genocidal Khmer Rouge regime forced their ideology, resulting in the death of 2-3 million Cambodians, nearly a quarter of Cambodia’s population at the time. Unfortunately, help from the global community only came very late. Nearly a half-century later, the consequences are still visible, with hundreds of thousands of displaced Cambodian families, a profound impact on the education sector, and lingering emotional and deep psychological trauma.

We encourage all governments and international organizations to urgently support Afghan people trying to seek refuge both within and outside of Afghanistan. The dire and urgent situation must not escalate anymore. The global community cannot allow Cambodia’s suffering and history repeat itself in Afghanistan.