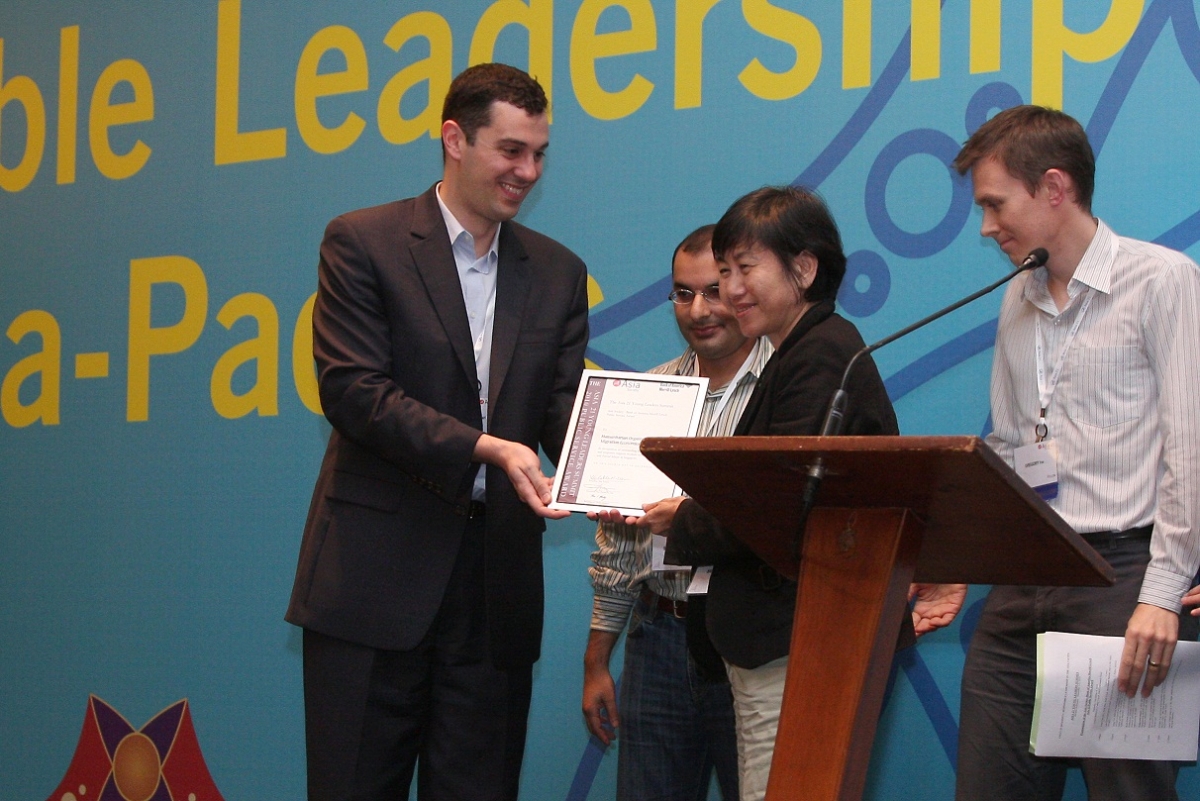 HOME responds to the very specific and special needs of a growing number of migrant workers in Singapore, now numbering approximately 900,000.  Apart from providing temporary shelter, food, and medical services to those who face work-related problems including abuse from their employers, the organization has also extended help desk services, legal aid and financial assistance to its beneficiaries, as well as vocational skills training in such areas as English language proficiency and IT.   “Improving their employability is one way to break the poverty cycle," Tan stated.  “Our training courses aim to be a part of that process and this Asia 21 grant represents substantial support for our ongoing programs while also offering us access to the Fellows’ intangible services."

Jamie Metzl, Executive Vice President of the Asia Society, remarked that “Transnational migration has become both a boon and a bane in this highly globalized 21st century economy.  While the ease in labor flow between sending and receiving countries respond to a mutual economic need, it also represents an increased need for social services to protect the rights of these migrant workers.  We commend HOME’s dedication to uphold the dignity of the person, work and life for migrant men and women in Singapore.”

The Asia 21 PSA recognizes an organization that has made an outstanding contribution in reaching underprivileged social/economic groups by providing a meaningful service to a community and the public in the region.  The selection is overseen by the incumbent Asia 21 Fellowship Class, a core group of young leaders from across the Asia-Pacific, soliciting nominations for the Award and narrowing down the pool to five finalists based on project innovation and feasibility, quantifiable impact, sustainability and growth potential.

Aside from receiving a financial grant, generously provided by Bank of America Merrill Lynch, HOME also gains access to the network of resources and expertise of the Asia 21 Fellowship Class.  This may include mentoring in such areas as Strategic Planning, Capacity Building and Training, Resource Mobilization, Program Development and Management, and Legal Services.