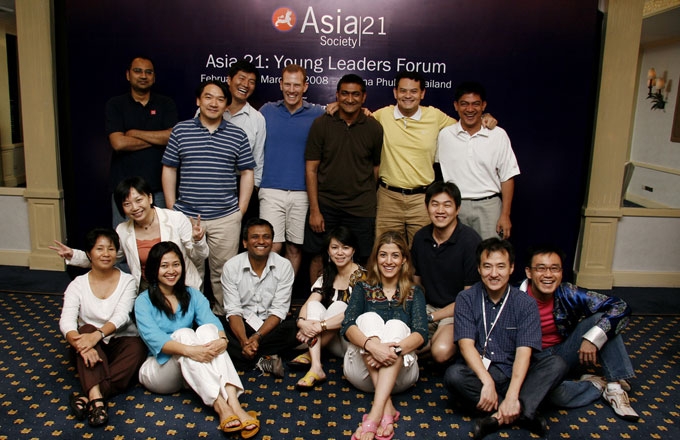 Held annually in the spring, the Asia 21 Young Leaders Forum revolves around the Asia 21 Fellows, a core network of leaders among leaders from diverse professional backgrounds, and who are tasked to serve one-year terms. The spring meeting lays the intellectual foundation for the larger Young Leaders Summit. The second Fellows meeting takes place in the spring of the next year, immediately before the inaugural session of the next year’s class of Fellows.

The Forum focuses on pre-selected core issues, and sessions are organized to encourage fresh thinking on creative ways to address critical challenges. All Asia 21 programs also focus on developing leadership skills and a commitment to public service among young leaders.

A major component of the Fellowship is the selection of a recipient of the Asia 21 Young Leaders Initiative Public Service Award (PSA), which recognizes organizations that benefit underprivileged social and economic groups, communities and the public in the Asia-Pacific region.  The Award consists of a $10,000 grant and the active support of the Asia 21 Fellows in providing the recipient organization with access to the Fellows’ network for program development, as well as in helping to replicate the models of successful projects.

Fellows remain connected throughout the year via a dedicated blog, a Fellows directory and a Wiki page, and through their participation in other Asia Society conferences and projects worldwide. Select Asia 21 Fellows also participate as speakers at the annual Asia 21 Young Leaders Summit.