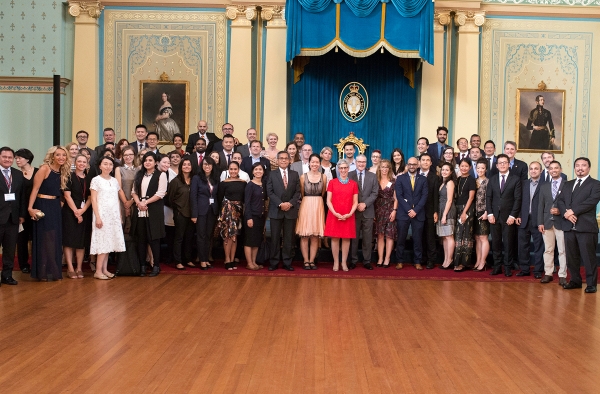 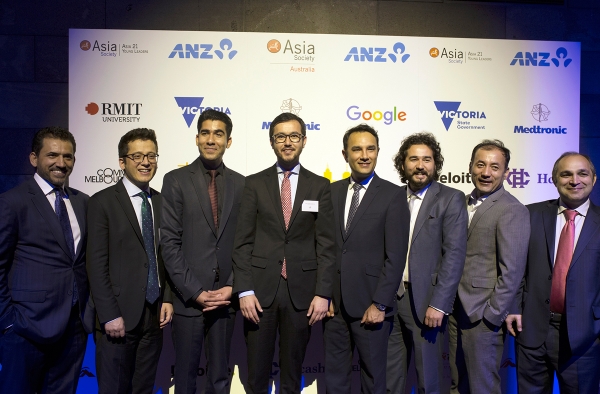 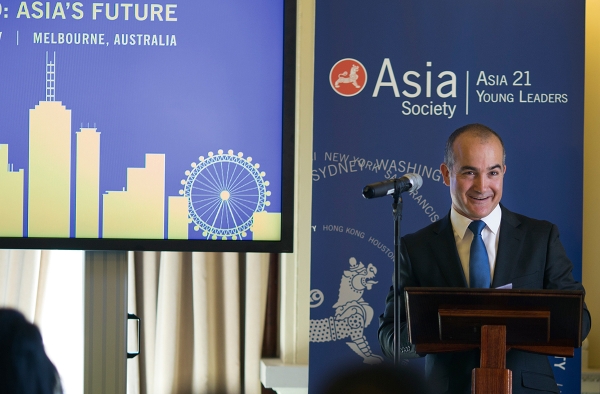 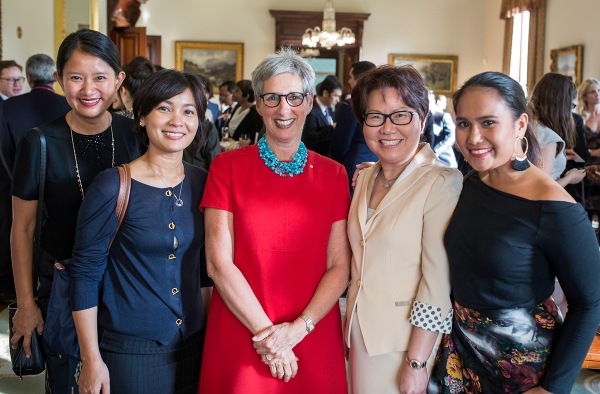 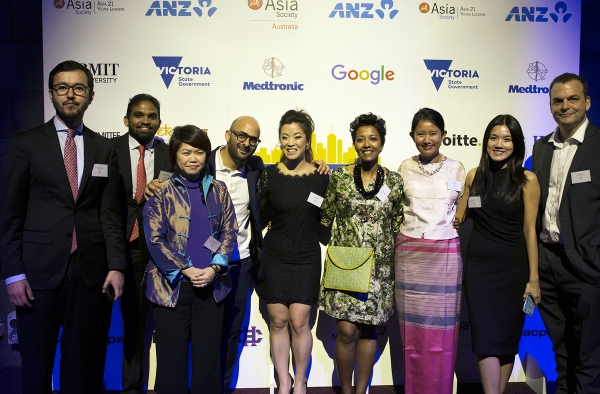 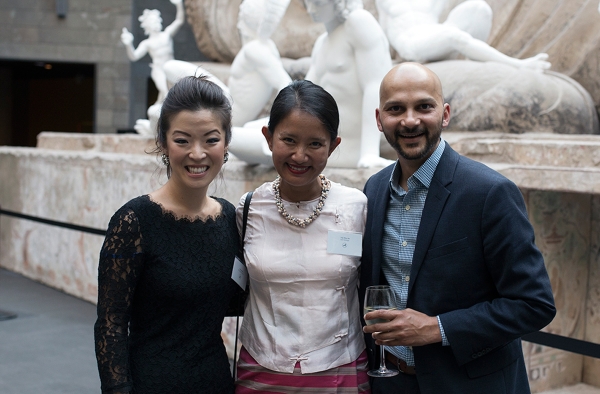 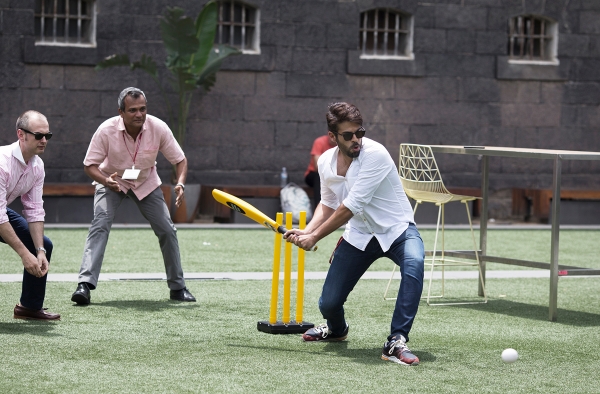 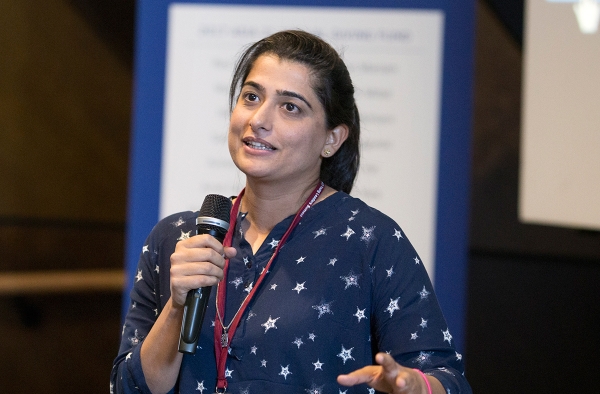 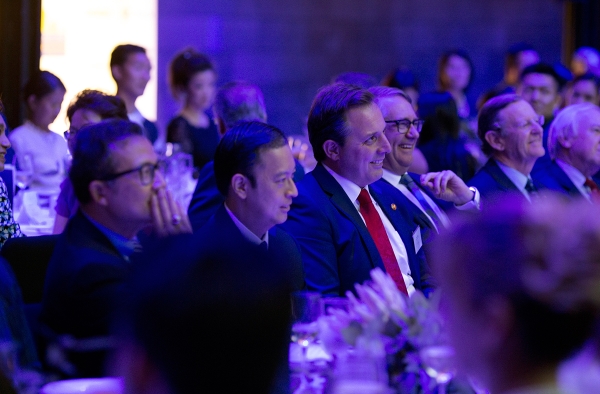 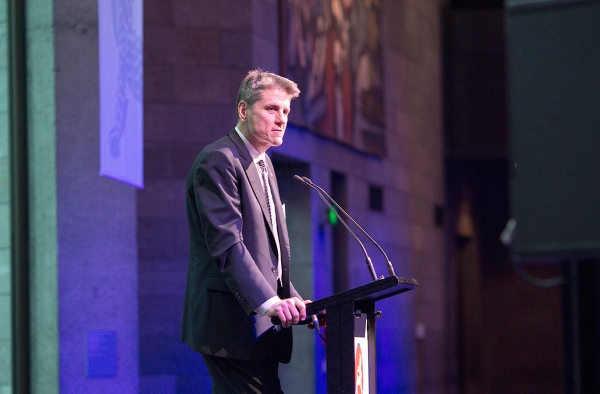 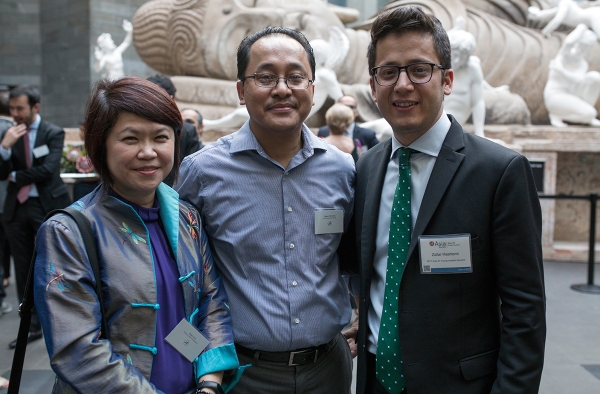 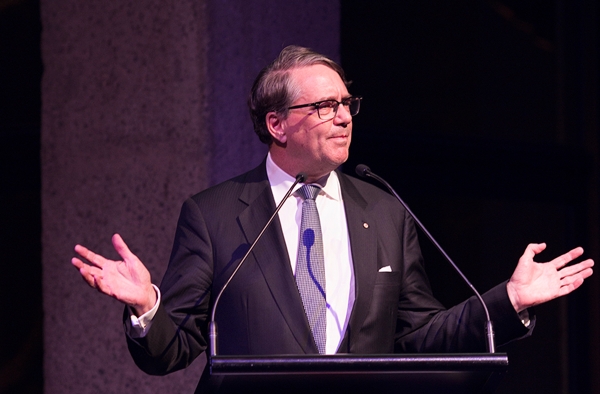 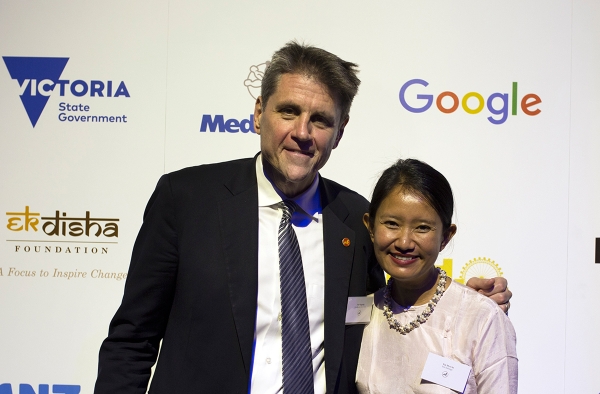 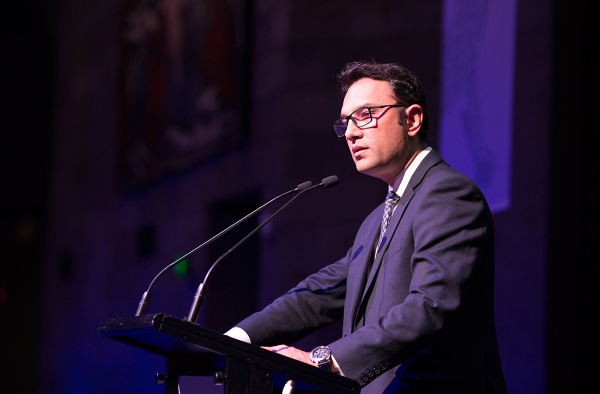 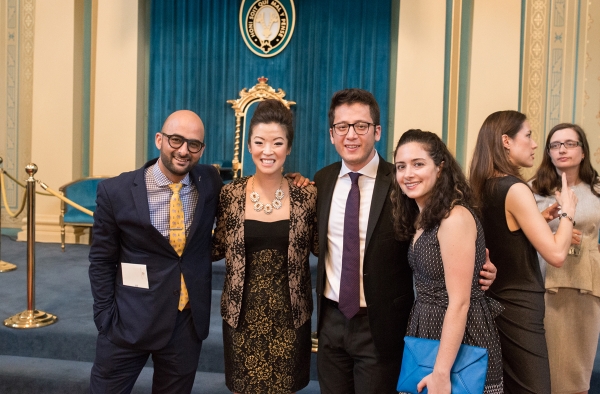 The 12th annual summit of the “Asia 21” Young Leaders Network convened in Melbourne last week — the first time it had come to Australia — and before the business of the summit had even begun, these young superstars of the Asia Pacific were showered with praise. “We are in absolute awe,” said The Hon. Linda Dessau, governor of the state of Victoria, while Victoria Deputy Premier James Merlino pronounced himself “truly impressed.” Former Australian Foreign Minister Gareth Evans opened a keynote address by welcoming “this extraordinary, alarmingly distinguished group of young leaders.”

Thirty young professionals from 20 nations were chosen for the Asia 21 Class of 2017. They were joined in Melbourne by nearly 50 alumni of the network, which brings together the next generation of leaders in government, business, arts, media, and the nonprofit sector to tackle a range of regional issues. This year’s theme was “World Disrupted: Asia's Future” and the summit featured special sessions on upheaval in the fields of politics, media, technology and the environment.

Asia 21 — born in 2006 under the leadership of the late U.S. diplomat Richard Holbrooke, then chair of the Asia Society’s global board — is now the Asia Pacific’s foremost network of young leaders, with an alumni base of more than 800 leaders from 40 nations representing all manner of professional backgrounds.  Asia 21 leaders are selected through a highly competitive process based on outstanding achievement, commitment to public service, and a proven ability to make the world a better place. The basic aim: to draw upon the combined brain power of the network to generate creative, multidisciplinary approaches to the region’s problems.

“Our goal is not just to recognize the amazing work these young leaders are doing,” said Asia Society President and CEO Josette Sheeran, “but to connect them to one another so that they can take on some of the biggest challenges facing the Asia-Pacific today.”

“I’ve had a fairly disruptive year. I started with a fellowship at Harvard, another at Yale through spring and through the fall term,” said Khursheed, the Twitter executive. “I’ve had an opportunity to hang out with some of the smartest people in the world. And the cherry on top of my year has been this Asia 21 fellowship. It’s been an incredible infusion of fresh ideas, fresh energy, and fresh perspectives. I hope that I’m able to give as much as I’m taking.”

“I love coming back to Asia 21 summits,” said Omaid Sharifi (2011), co-founder and president of the NGO ArtLords in Afghanistan. “And whenever new members come in I always see fresh blood with lots of experience, from very different sectors, very innovative people. Every time that I come here I learn a lot. I take away with me many new ideas, projects, and experiences that are vital for my country and the youth of Afghanistan.”

The “Disruption” sessions at Melbourne produced spirited debate and no shortage of suggested solutions. The technology segment covered upheaval in global banking, the future of cryptocurrency, and the rampant spread of personal data.

“How do we make sure people own and control their own data?” asked Victoria State Minister for Trade, Investment & Innovation Philip Dalidakis, who joined a trio of Asia 21 fellows leading the tech discussion. “I say it’s up to you what you do with your data. Google is entitled to collect data if you put it out there.” Others disagreed, and predicted Google, Facebook, and other top companies would continue to face a backlash. Class of 2011 alumnus Dorjee Sun imagined a day when sharing data openly as most people do today would be a taboo on par with smoking cigarettes. “It’s not going to continue the way it is today.”

In a separate session, Sun, the CEO of Carbon Conservation, led a “Blockchain Brainstorm" that sought solutions for problems as disparate as poor-quality medical research, the burning of forests, and the recent volcanic eruptions in Bali. (We probably shouldn’t give away all the ideas here. Suffice to say that nano-satellites, crowdfunding, and Bitcoin were involved.)

The media discussion sparked a fundamental debate about whether disruption in that sector had been damaging or positive. Lotfullah Najafizada (2012), at 30 years old already a much-honored director of news for Afghanistan’s TOLO TV, argued that in his country no “disruption” had been more welcome than the meteoric rise of freely available news and information — whatever the downside. “You must understand — 15 years ago there was no real news and political discussion at all in my country.” Today, he said, you can find 200 hours of such programming in every 24-hour period on Afghan television channels. “That’s positive disruption,” Najazifada said. “It’s an unprecedented opportunity. You could call it a revolution.”

The dark side, he and others acknowledged, involve the use of such platforms by ISIS, the Taliban, and other militant groups, as well as the proliferation of “fake news” across the regional landscape. “Social media gives everyone a voice, for good and bad both,” said Yusra Askari, Pakistan correspondent for New Delhi Television (2014). “It’s a voice many never had before.”

Oxford University doctoral candidate Jieun Baek (2017), an expert on dissent in authoritarian regimes, noted the potential for a very different media “disruption” in dealing with the world’s most dangerous crisis.  “There’s a huge role for disruption on the Korean peninsula,” Baek said, and she wasn’t referring to the military variety. “I’m talking about bringing content into a country and a culture that criminalizes most forms of content.”

Meanwhile, Najafizada made a passionate pitch for more journalism — in war zones and quiet nations alike — that steers clear of politics. “I tell my reporters this all the time,” he said. “There are millions of people out there, so many stories that must be told, and which have nothing to do with politics or politicians.”

In a rapid-fire “give and take” session that has become a valuable staple of the Asia 21 summits, young leaders were invited to make “asks” of the group (“my wind power startup in Nepal needs help getting to scale”; “I need broader markets for my sustainable crafts brand”, and so on). In the case of the Bali volcano, there were immediate results. Ewa Wojkowska (Class of 2013), co-founder and COO of Kopernik, a Bali-based organization that helps identify “last-mile” ways to reduce poverty, made an “ask” for help for those displaced by the recent eruption. In short order, she had pledges not only of funding, but also pro-bono legal help, environmentally-friendly masks, and — from a Jakarta-based alumnus — help with Indonesian Customs officials to help steer aid into the country.

Beyond the annual summits, Asia 21 members connect in a variety of ways. Regional chapters work to improve civil society in Afghanistan, build understanding between young people in India and Pakistan, and produce public policy programming in the Philippines. Alumni lead an annual “Action Lab” that brings experienced leaders together to boost the success and sustainability of Asia 21-led startups. And this year’s summit also pledged the creation of an Asia 21 “marketplace of ideas” and a “blockchain for Asia 21” that would work to help select Asia 21-led enterprises achieve maximum impact.

Perhaps the most inspiring moment of the three-day summit had nothing to do with Blockchain or Bitcoin, or disruption in the region’s politics and media. It came instead from Pakistan’s cricket icon Sana Mir (Class of 2017), who has captained her national team to unprecedented success, won widespread praise for her leadership style, and galvanized millions of young girls in her country and beyond.

Mir showed a short, not-yet-released film about her experience, a moving tribute to the persistence of young girls drawn to cricket in a part of the world where the sport’s pitches are typically populated by boys and men. The film tells the story of Mir’s rise and that of the women she leads. Mir’s teams captured the Asian Games Gold Medal in 2010 and 2014.

“We are just following in the footsteps of the strong women of Pakistan,” Mir says in the film. “When I put on the uniform of my country, and the national anthem plays, It’s the best feeling. I feel I am one of the luckiest women in the world.”

As for the boys, Sana Mir likes to drop in on pick-up games in her travels, greet the kids who are playing, and tell them, “You’ve got to let your sister bat, too.”

“It’s a very welcoming forum,” Mir said as the Asia 21 Summit wrapped, and delegates headed home.  “And I really look forward to us all working together, and actually finding solutions for Asia. Because it’s a region which is of high importance for everyone around the world. So it’s very important that we make use of this time very intelligently.”

The Melbourne Asia 21 Summit was presented in partnership with the government of the state of Victoria. Sponsors included Medtronic, Google, HCash, and Deloitte. The 2018 Summit will be in Manila next November.