The class of 2018 — 30 extraordinary selectees from across Asia — traveled to the Philippines for discussion, celebration, and networking.

Over the past few decades, Asia has enjoyed a period of relative peace and prosperity. But two decades into the 21st century, the world’s most populous region faces a formidable set of challenges: climate change, democratic recession, economic inequality, disruptive technology, and much more. The need for leaders to tackle these issues has never been greater.

On November 14, Asia Society’s Asia 21 Young Leaders network convened in Manila, Philippines, for its annual summit, featuring a series of activities, exchanges, speeches, and panel discussions examining the key issues that will define Asia — and the world — in the coming years. The summit welcomed 30 members of Asia 21’s class of 2018, an extraordinary group drawn from politics, business, media, NGOs, and the arts from Afghanistan to Vietnam. They were joined by more than 60 alumni from past Asia 21 classes, including Benigno “Bam” Aquino ‘06, a member of the Philippines Senate who addressed the summit, and Durreen Shahnaz ‘09, the Bangladeshi-American founder of the Impact Investment Exchange (IIE).

The class of 2018 was notable in its diversity. It included Xyza Cruz Bacani, an award-winning photographer from the Philippines who perfected her craft while working as a nanny in Hong Kong; Bulguntuya Khurelbaatar, deputy finance minister of Mongolia and one of her country’s most prominent female politicians; Huy The Long, a leading LGBT activist in Vietnam; and Manizha Wafeq, who founded the Afghan Women’s Chamber of Commerce in a country where the vast majority of women and girls are illiterate. In addition, the new class welcomed Susli Lie, co-founder and co-CEO of Dana Cita, a company helping finance tertiary education for Indonesians; and Ting Shih, the Taiwanese founder and CEO of ClickMedix, a healthcare social enterprise that now operates in over 20 countries.

The vast breadth of nationalities and professions represented by Asia 21 Young Leaders shared one similar trait — a commitment to leadership. But what does being a leader mean, exactly? The summit began with a panel discussion facilitated by two prominent Asia 21 alumni — Ejaj Ahmad ‘12 and Arnel Casanova ‘09 — that examined this question in greater detail. Several of the young leaders said that maintaining a calm focus was essential in a world that increasingly favors instant reactions to problems, agreeing with Ahmad’s assertion that “it’s important never to confuse battles with the war.” Equally important, the young leaders agreed, was not being swayed by the perceived success of others — “Nobody looks like a failure on Instagram,” said one — and not underestimating the importance of relationships, which Abhay Saboo '18 attributed to two-thirds of business failures.

Being an effective leader also requires understanding the fault lines poised to guide 21st-century history. The second day of the summit featured panel discussions on the disruptive potential of artificial intelligence, the scourge of fake news, and the ever-present problem of violent extremism. The conversations yielded a series of insightful lessons. Paul Rivera ‘18, a Filipino-American entrepreneur based in Manila, discussed how AI is poised to disrupt the critical call center industry in the Philippines, second-largest only to remittances in the country’s economy. Zulfklee Sm Anwar Ulhaque, a political cartoonist, described being sentenced to 43 years in prison by the Malaysian government for “fake news” — just because he published a cartoon they didn’t like. And two participants from completely different backgrounds — Anam Zakaria ‘18, a Pakistani oral historian and Jo-ar Herrera ‘07, a lieutenant colonel in the Philippine army — agreed that the secret to combating violent extremism is rebuilding, rather than destroying, marginalized communities.

The participants at the Asia 21 Young Leaders Summit then had an opportunity to hear from someone whose unlikely life story embodies the idea that leaders are made, not born. Philippines Vice President Leni Robredo was thrust into electoral politics only six years ago upon the death of her husband, former Philippines Interior Secretary Jesse Robredo, in a car accident. A liberal with a reformist bent — she spoke about the need to increase civil servant salaries in the Philippines in order to stave off corruption — Robredo described navigating a turbulent political scene in which the controversial president, Rodrigo Duterte, represents a different party. “Youths find ways to do things better, faster, and with more heart,” she said, “It’s a new form of leadership.”

The final day of the summit presented the young leaders with an opportunity to describe what they had learned. Members of the new class formed breakout groups to discuss topics like social media, social entrepreneurship, and democracy, and, in an alternatively moving and funny series of talks, described to the group at large moments in their life when they acquired essential leadership skills.

For Renard Siew ‘18, a Malaysian advocate for environmental sustainability, the lesson couldn’t be simpler. “If your actions inspire others to dream more, learn more, do more, become more, you're a leader,” he said. 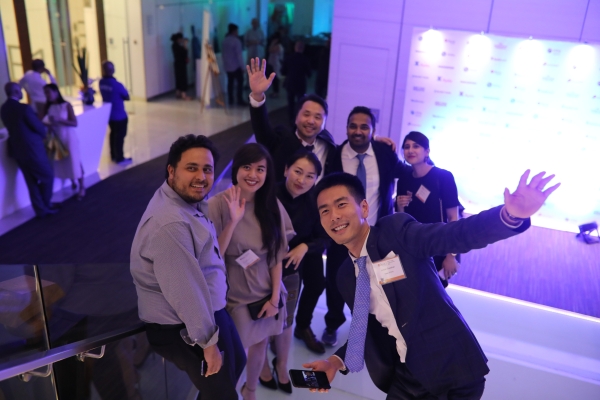 Members of Asia 21 Young Leaders' Class of 2018 pose during the Asia 21 summit in Manila, The Philippines, on Wednesday, November 14. (Arby Larano) 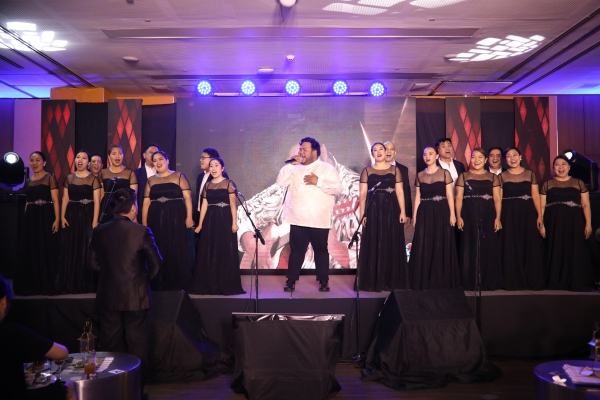 A choir entertains the crowd at a dinner honoring the Asia 21 Young Leaders in Manila, The Philippines, on Wednesday, November 14. (Arby Larano) 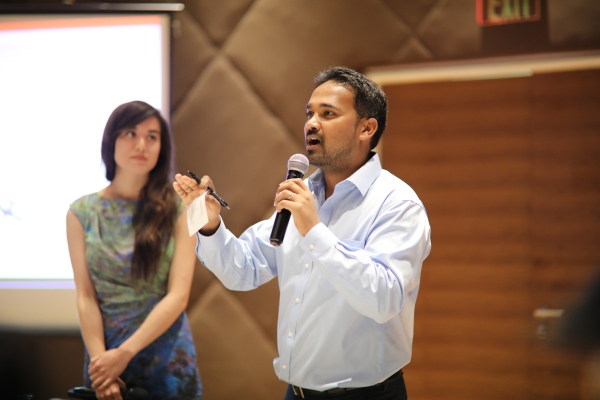 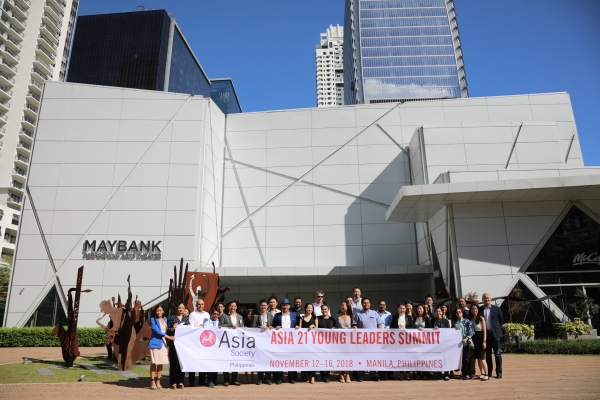 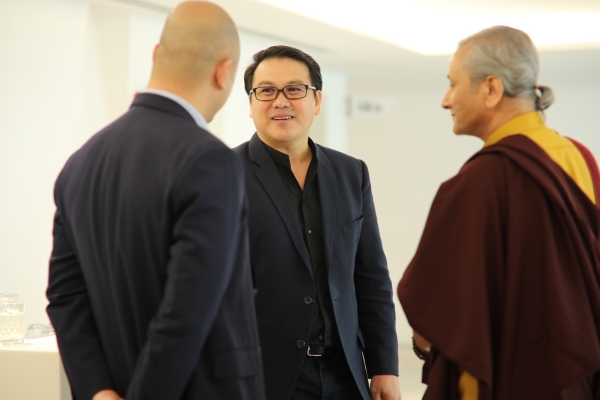 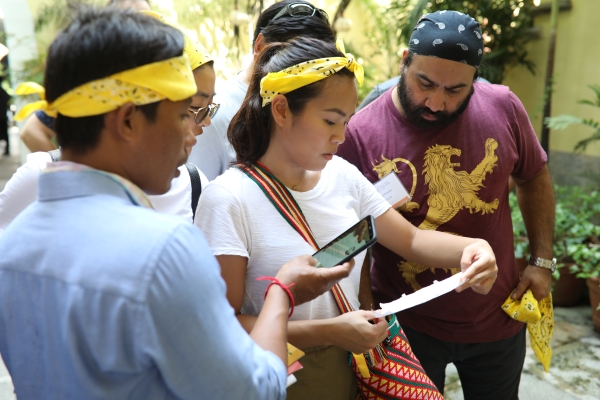 Members of the Asia 21 Class of 2018 participate in a team-building exercise in Intramuros, the heart of old Manila, at the Asia 21 Young Leaders Summit on Tuesday, November 13, 2018. (Arby Larano) 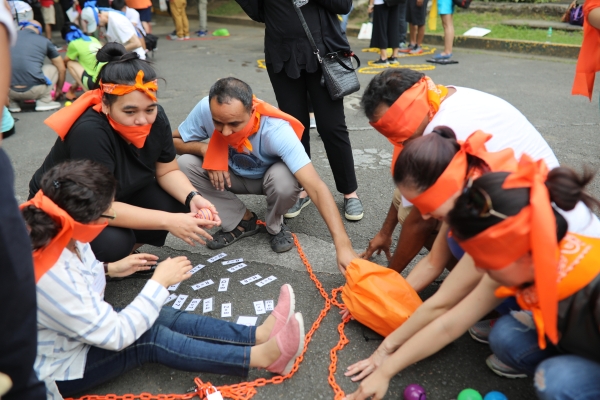 Members of Asia 21's Class of 2018 participate in a team-building exercise in Intramuros, the heart of old Manila, at the Asia 21 Young Leaders Summit on Tuesday, November 13, 2018. (Arby Laranos) 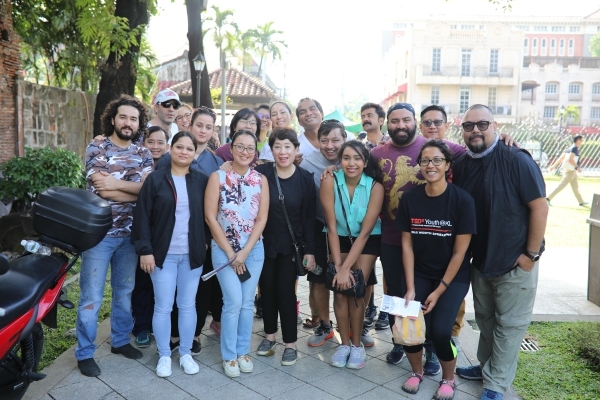 Members of the Class of 2018 of the Asia 21 Young Leaders network pose with Asia Society Philippines Chair Doris Magsaysay-Ho prior to a team-building exercise in Manila on Tuesday, November 13. (Arby Larano) 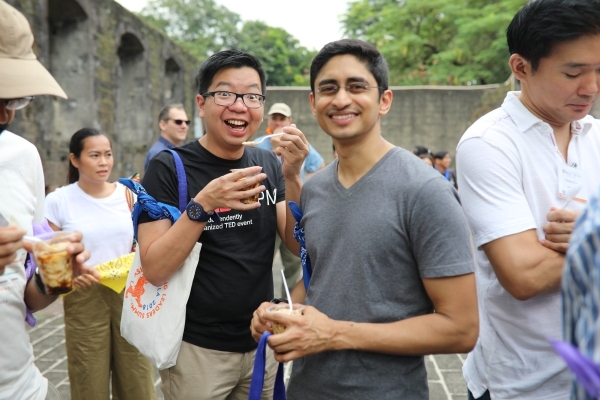 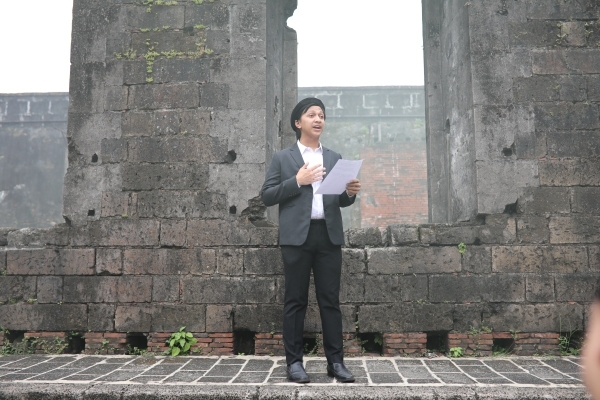 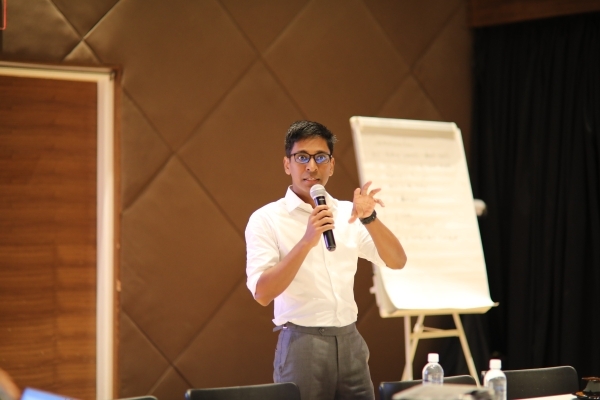 Ejaj Ahmad, Asia 21 alumnus and founder and president of the Bangladesh Youth Leadership Center, chairs a wide-ranging discussion on leadership at the Asia 21 Young Leaders Summit in Manila, the Philippines, on November 14, 2018. (Arby Larano) 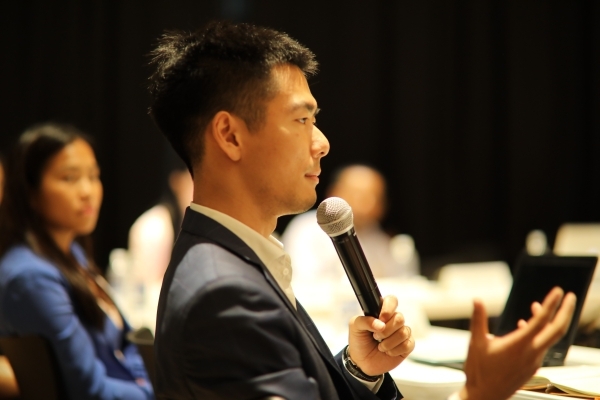 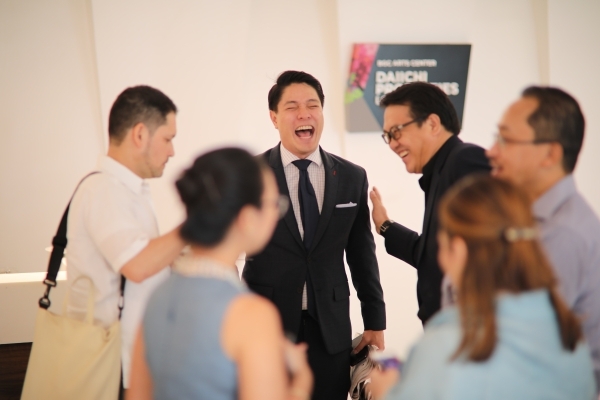 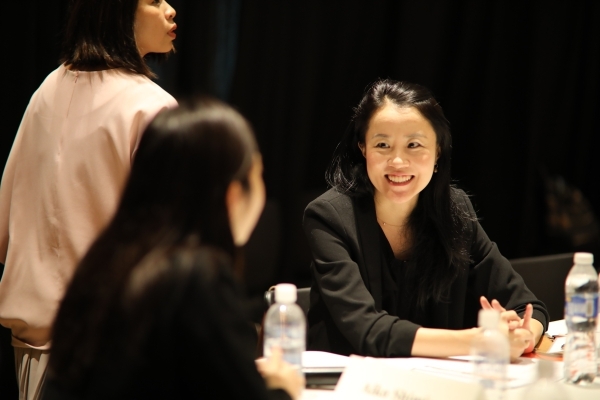 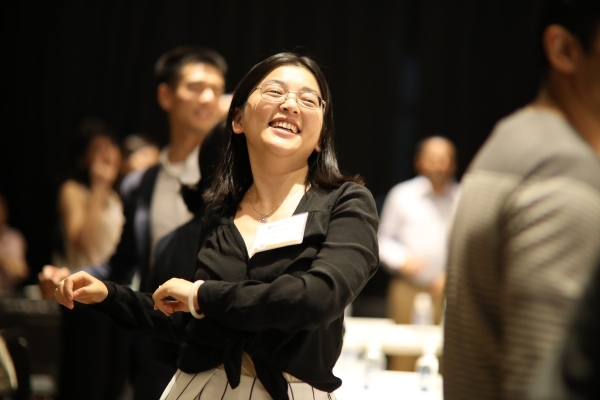 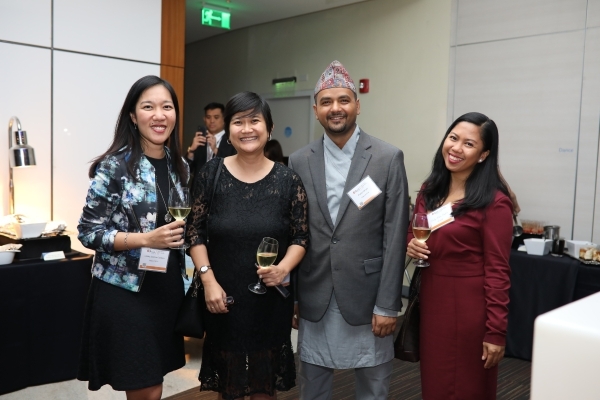 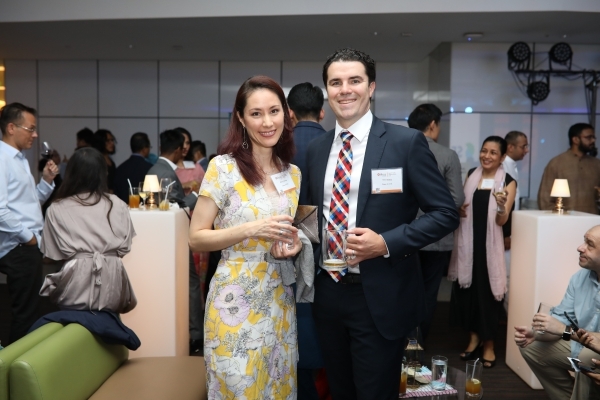 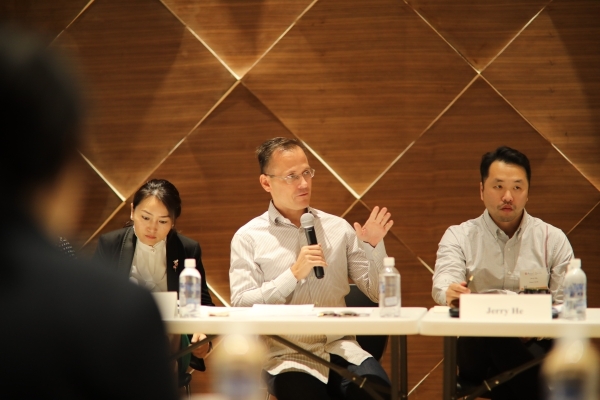 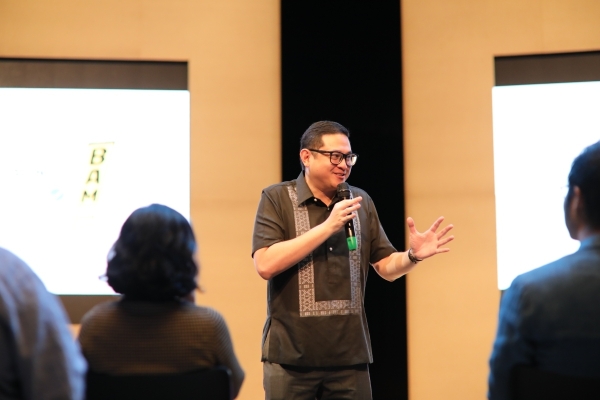 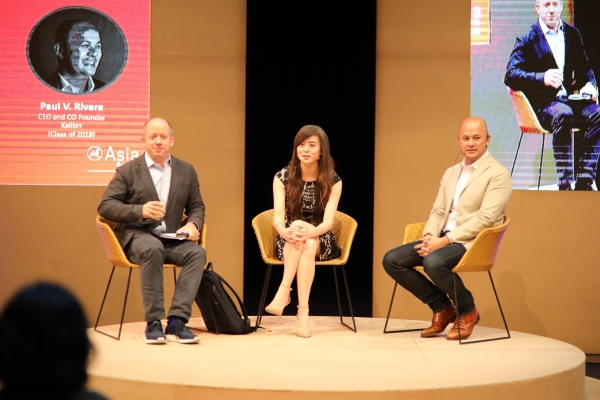 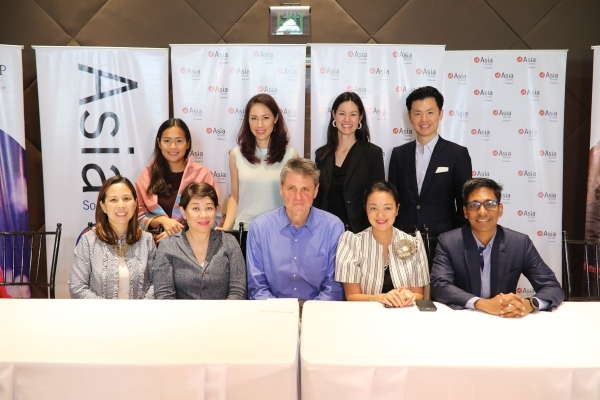 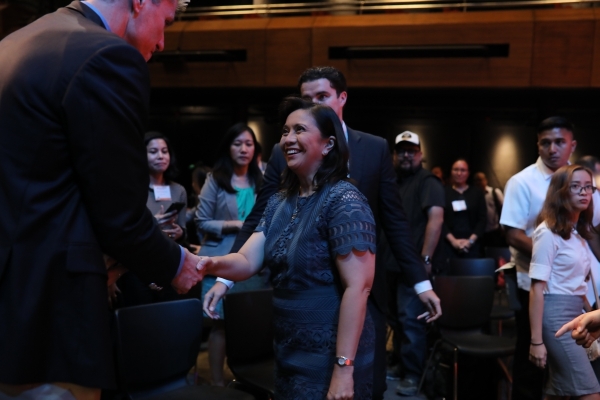 Leni Robredo, vice president of the Philippines, greets Asia Society Executive Vice President Tom Nagorski prior to her speech at the Asia 21 Young Leaders Summit in Manila, the Philippines, on November 15, 2018. (Arby Larano) 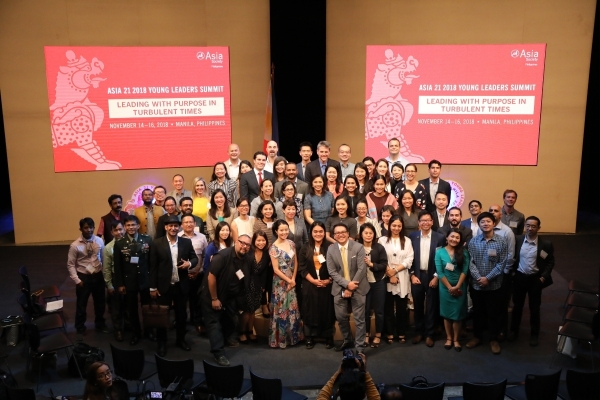 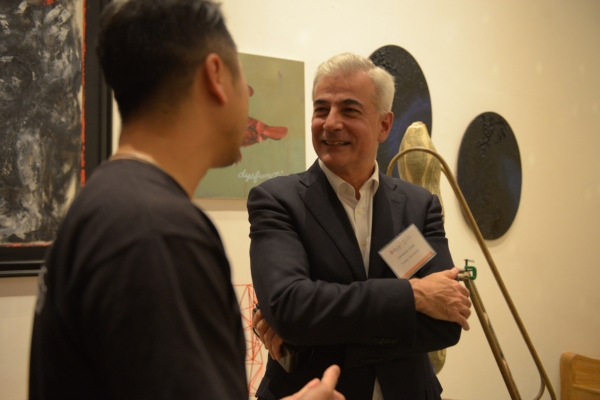 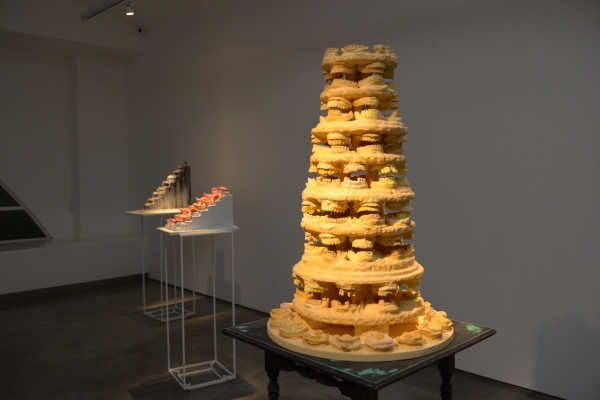 An artwork at the Bellas Artes art space in Manila, the Philippines, on November 12, 2018. (Pau Villanueva) 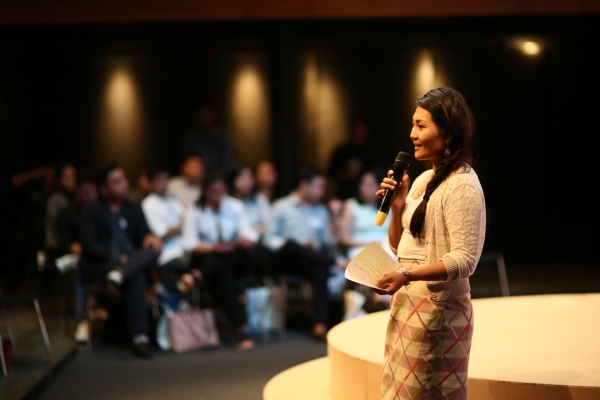 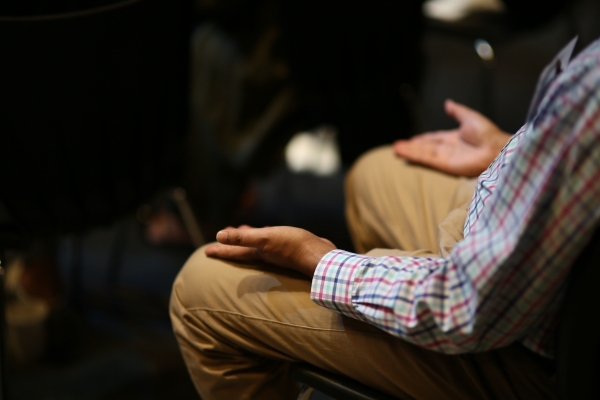 A participant at the Asia 21 Young Leaders Summit participates in a meditation exercise in Manila, Philippines, on November 16, 2018. (Arby Larano) 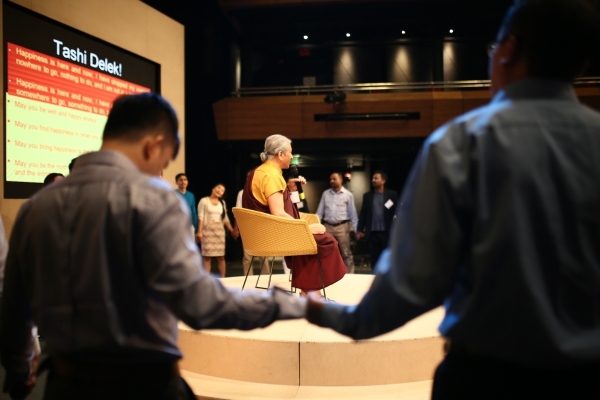 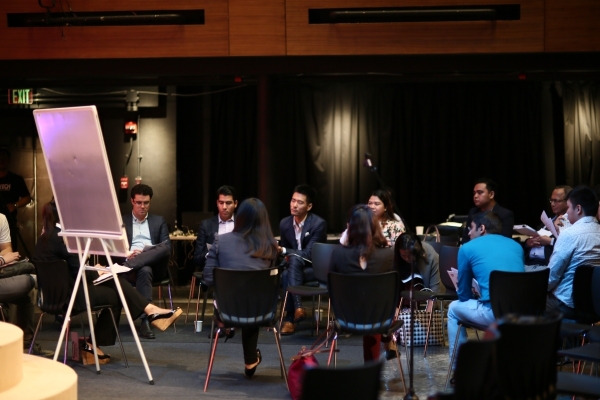