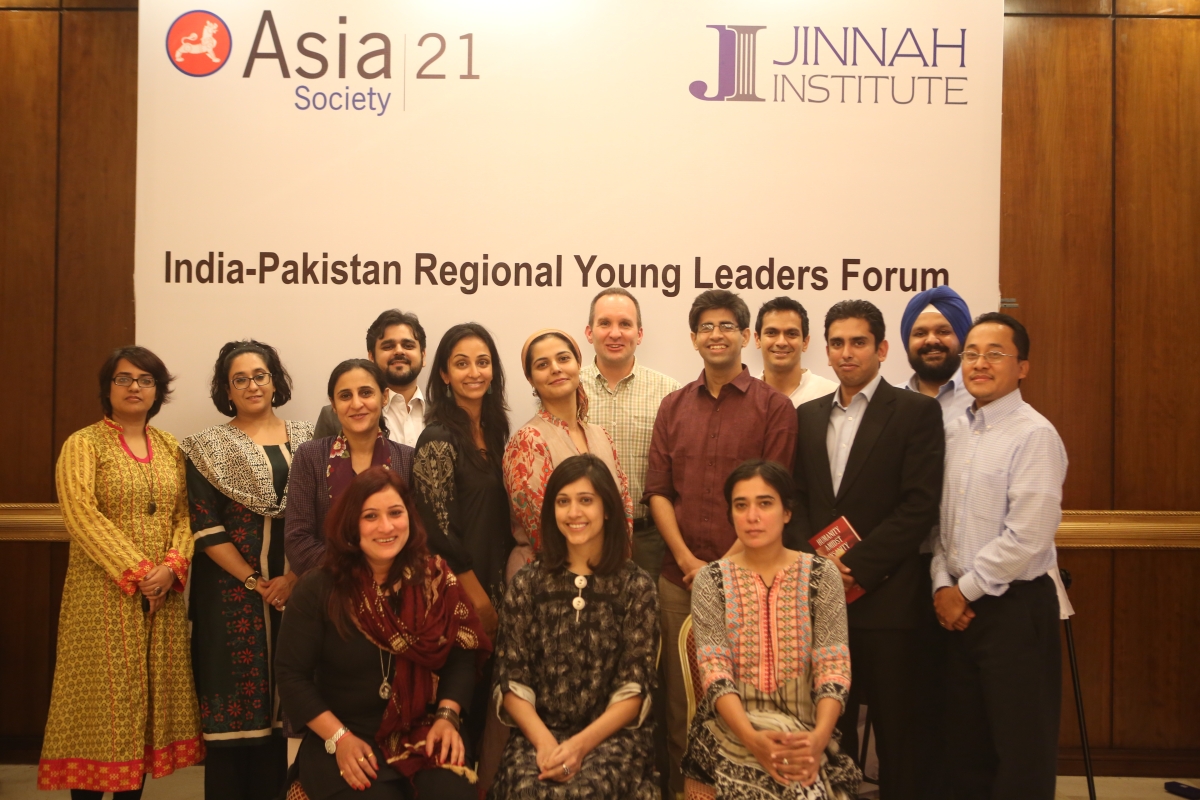 Asia Society’s two-day conference of the India-Pakistan Regional Young Leaders Initiative (IPRYLI) concluded with a call for mentorship in cultivating a new generation of South Asian leaders, and prioritizing peace initiatives across India and Pakistan. Now in its second year, the Forum was organized jointly with the Jinnah Institute, the Asia Society’s local partner in Pakistan. This year’s class comprised of 11 select young leaders from India, Pakistan, and the U.S., representing diverse backgrounds and areas of expertise, explored new areas of cooperation between India and Pakistan, especially with regard to how young leaders can inject fresh ideas and energy in mitigating the political impasse.

With an eye toward broadening the dialogue on India-Pakistan relations, the fellows will work on a project aimed at creating meaningful peace messages for the public in both countries and maximizing their dissemination. The fellows will also actively communicate via a specially dedicated section of the Asia 21 Young Leaders community site, be connected to the Asia 21 network which link leaders from across Asia within particular sectors (media, government, business, arts, etc.), and participate in the Asia Society’s eight annual Asia 21 Young Leaders Summit, December 6-8 in Zhenjiang, China.

The IPRYLI is closely associated with the Asia 21 Young Leaders Initiative, the Asia Pacific region’s leading next generation leadership initiative.  Asia Society launched the Asia 21 Young Leaders Initiative in 2006 to develop next generation leaders across the Asia-Pacific region. In eight years, Asia 21 has become the leading next generation network in the Asia-Pacific, with over seven hundred active members from 30 countries and economies and across all sectors. Established with support from Founding International Sponsor, Bank of America Merrill Lynch, the Asia 21 Initiative annually convenes a pre-eminent gathering of Asia’s most dynamic young leaders from the Asia-Pacific region, from every sector including business, government, media, culture and civil society. Asia Society believes that making a long-term investment in the development of a regional next generation leadership network can help lay a foundation for the kind of long-term change that can ultimately help stabilize the region.  With its eight-year track record, the Asia 21 Young Leaders program is a model vehicle to foster and sustain such leadership in the region. As such, the India-Pakistan Regional Young Leaders Initiative (IPRYLI) was established to help nurture a community of next generation leaders in India and Pakistan committed to coming together across borders and boundaries to address issues facing these two countries. 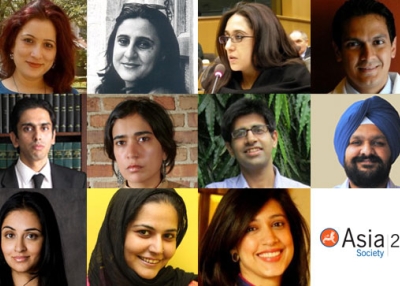 Congratulations to the 2013 Class of India-Pakistan Regional Young Leaders!