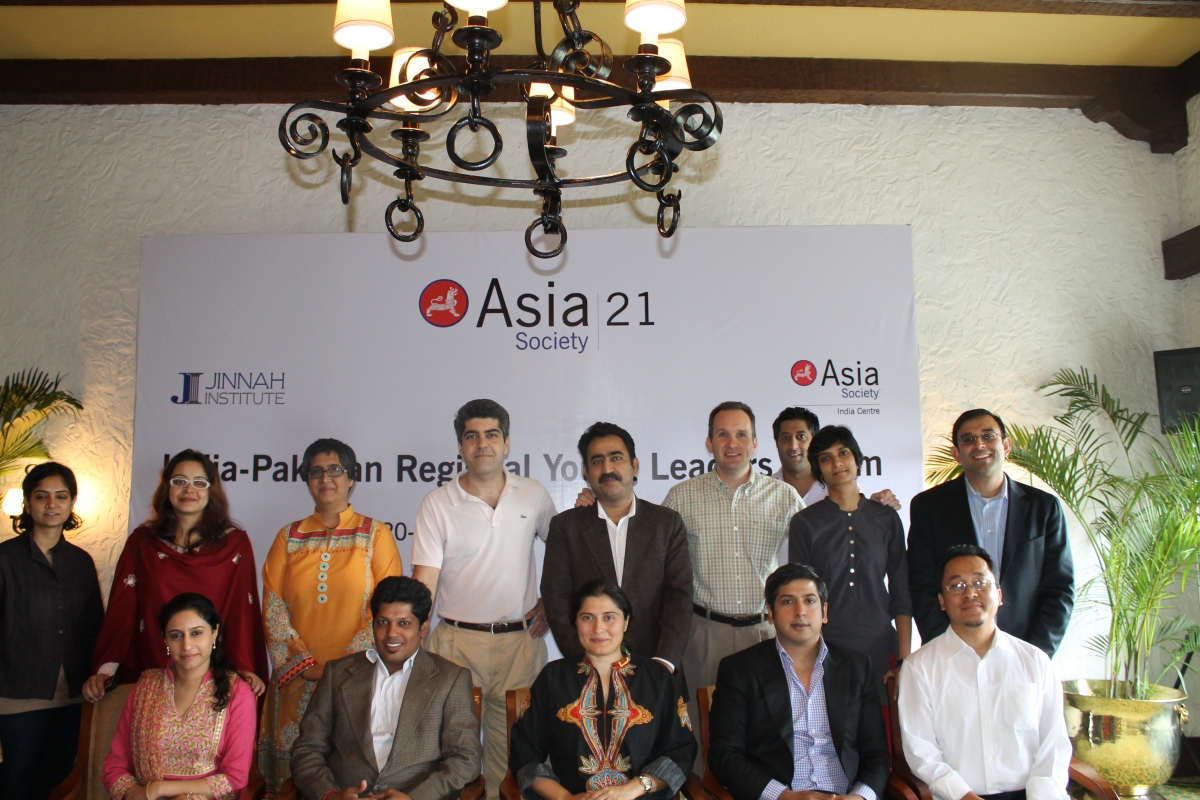 From July 20-22, the inaugural class of fellows met in New Delhi for the Asia Society’s India-Pakistan Regional Young Leaders Forum. This group of 12 select young leaders from India, Pakistan, and the U.S., representing diverse backgrounds and areas of expertise discussed an agenda focused on leadership, public service, and the India-Pakistan relationship.  With an eye toward broadening the dialogue on India-Pakistan relations through a focus on next generation leaders, the fellows will now:

The India-Pakistan Regional Young Leaders Initiative (IPRYLI) seeks to help nurture a community of next generation leaders in India and Pakistan committed to coming together across borders and boundaries to address issues facing these two countries. The Jinnah Institute, a non-profit public policy organization is our local partner in Pakistan, and Asia Society’s India Center, based in Mumbai, is our local partner in India.

The Asia Society believes that making a long-term investment in the development of a regional next generation leadership network can help lay a foundation for the kind of long-term change that can ultimately help stabilize the region. With its seven-year track record, the Asia 21 program is a model vehicle to foster and sustain such leadership in the region.

The IPRYLI will be closely associated with the Asia 21 Young Leaders Initiative, the Asia Pacific region’s leading next generation leadership initiative. Asia Society launched the Asia 21 Young Leaders Initiative in 2006 to develop next generation leaders across the Asia-Pacific region. In seven years, Asia 21 has become the leading next generation network in the Asia-Pacific, with over seven hundred active members from 30 countries and economies and across all sectors. Established with support from Founding International Sponsor, Bank of America Merrill Lynch, the Asia 21 Initiative annually convenes a pre-eminent gathering of Asia’s most dynamic young leaders from the Asia-Pacific region, from every sector including business, government, media, culture and civil society. To date, the network counts more than 700 of the most accomplished young leaders in the Asia-Pacific among its members, including businessmen, documentary filmmakers, environmental activists, human rights advocates, members of parliament, military personnel, performance artists, and social entrepreneurs.