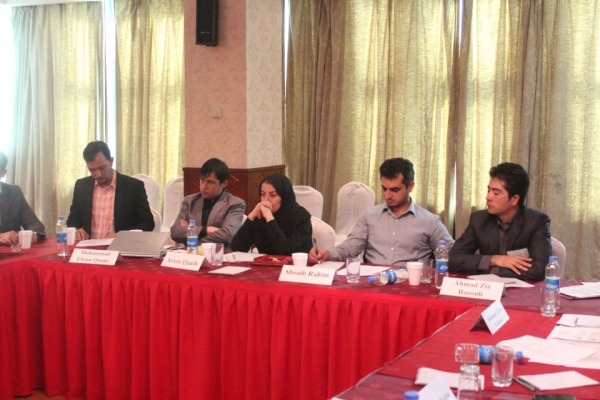 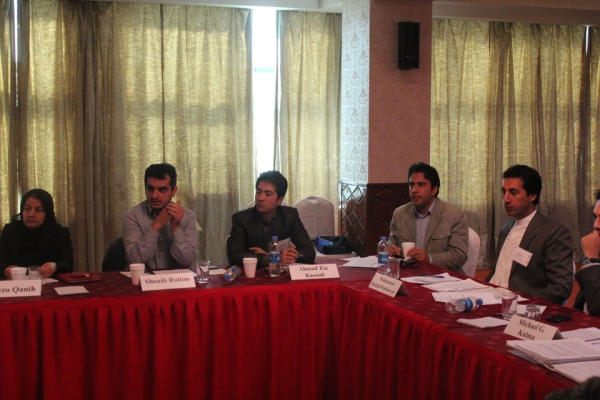 Asia Society’s Afghanistan 21 Young Leaders Initiative (AYLI 21) is a non‐partisan and non‐political group of young Afghans who have come together and, in their words, “who share common values and beliefs to address the social economic and political issues in Afghanistan.”

The Global Leadership Initiatives department at the Asia Society is pleased to announce the successful conclusion of the second annual Afghan Young Leaders Forum at the Safi Landmark Hotel and Suites in Kabul, Afghanistan.  Starting with the opening night’s dinner on October 31, the Forum focused on leadership challenges faced by Afghanistan’s younger generation of leaders, the critical issues facing the country today, and the fellows’ role in addressing those challenges, among other pertinent issues.  Asia Society’s Global Council member from Afghanistan and former Foreign Minister Dr. Abdullah Abdullah attended the opening dinner and shared his thoughts on youth leadership.

“The Asia Society is dedicated to working together with young leaders in Afghanistan toward a better future,” said Michael G. Kulma, Asia Society’s Executive Director of Global Leadership Initiatives. “Moving into our second year of the initiative, we are proud of our first year accomplishments and look forward to building out our collective impact.”

The 2012 Afghanistan 21 Young Leaders Forum was held at the Safi Landmark Hotel & Suites in Kabul, Afghanistan from October 31 – November 2.

The AYLI 21 Forum is being held at the Safi Landmark Hotel & Suites in Kabul, Afghanistan. The Forum is ongoing until November 2, 2012.

AYLI 21 has prepared a position paper for presentation at the Tokyo Cooperation Conference on Afghanistan in Tokyo on July 8, 2012. The conference brings together the Afghan government, international donors and civil society to set the framework for future assistance to the Afghan state.

The group, part of Asia Society’s broader Asia-wide young leader initiative called Asia 21, feels that there is a disconnect between their government’s development strategies and its translation into action. As such, the AYLI21 initiative wishes to impress upon the Tokyo Conference the importance of convincing ordinary Afghans how this conference is different from its predecessors.

The Afghan Young Leaders Initiative presents the following recommendations to the participants of the Tokyo Conference:

Young Afghans who are part of Asia Society’s Afghanistan Young Leaders Initiative (AYLI) submitted a report on key issues facing their country, and strategies to solve them, to the Afghanistan International Conference convening in Bonn this week.

Titled Afghan Youth Vision 2014 and Beyond, the report prepared by AYLI was presented as a list of recommendations to the participants at the Bonn Conference, where U.S. Secretary of State Hillary Clinton, UN Secretary General Ban Ki-moon and German Chancellor Angela Merkel were in attendance.

Based on the 2014 transition process — the timeline for American troops to withdraw from Afghanistan — the paper takes note of the need for a proper functioning bureaucracy and administrative policy in the country.

The Afghan youth leaders, including 26-year-old Tamim Asey, a senior policy advisor at the Ministry of Agriculture, Irrigation and Livestock, were selected as part of the annual Asia21 Young Leaders Forum for 2011, a core network of leaders from diverse professional backgrounds who are tasked to serve one-year terms in which they focus on pre-selected core issues and ways to address critical challenges.

The two-page report highlights some of the most pressing issues confronting Afghanistan at the moment, such as the need for a sound economic model, population growth control, energy creation and key concerns regarding law and security, including: