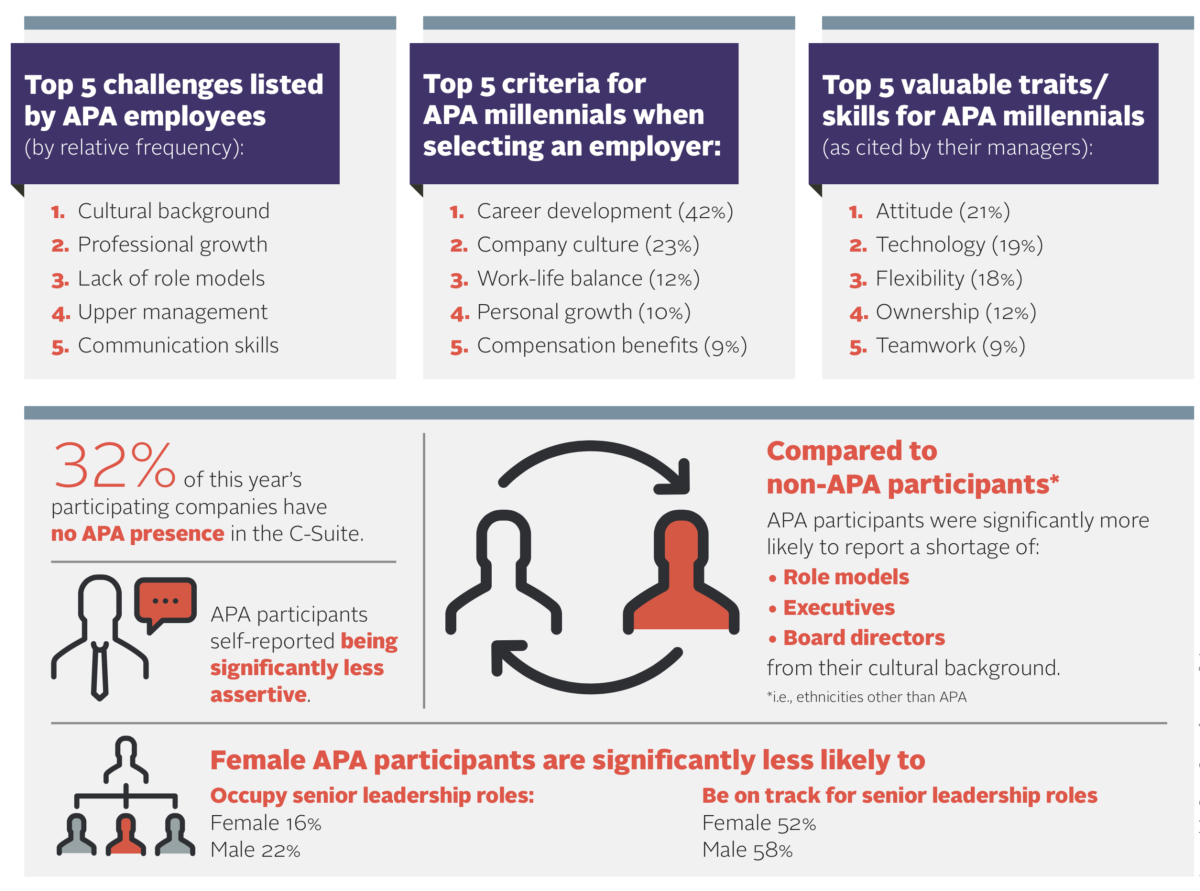 NEW YORK, June 20, 2018 — Asian and Asian Pacific American (APA) employees in the United States are less likely to attain senior leadership positions, according to Asia Society’s 2018 Asian Corporate Survey. The forthcoming survey suggests this is partly because APA participants self-reported being less assertive and less likely to speak up and share their perspectives compared to their non-APA counterparts. Indeed, among the five most frequently cited barriers to workplace advancement by APA survey participants are “cultural background” and “communication skills”.

“There is a cultural mismatch that many U.S. employers may be unaware of, with many APA employees stating they believe they are less likely than their non-APA counterparts to be considered for senior roles at their companies due to cultural differences. This is a great opportunity to make sure that both direct and indirect communication channels are available between employees and managers to accommodate and address such differences,” said David Whitelaw Reid, Executive Director, Corporate Programs and Talent Initiatives at Asia Society.

To explore the nature, severity, and possible ways to address this gap, for the first time the 2018 survey included 400 non-APA employees in addition to 2,800 APA employees across the United States working in various industries.

The 2018 survey also found that APA employees were more likely to report a shortage of role models, executives and board directors representing their cultural backgrounds. Over a third of respondents reported no APA presence in the leadership.

“We are seeing a vicious cycle in the workplace. APA employees often do not get considered for senior positions. In turn, this means aspiring Asian employees do not have role models to look up to,” noted Reid.

In comparison to their non-Asian counterparts, Asian employees had a much lower favorability on a set of measures:

The Asian Corporate Survey is developed in consultation with Asia Society’s Global Talent and Diversity Council, which is comprised of more than 20 diversity leaders from Fortune 500 companies. It includes direct responses from APA employees as well as Diversity & Inclusion/HR departments.