MLK Community Hospital to receive 50,000 masks, and Cedars-Sinai and Centinela Hospital to each receive 25,000 masks due to philanthropic efforts led by Steve and Connie Ballmer 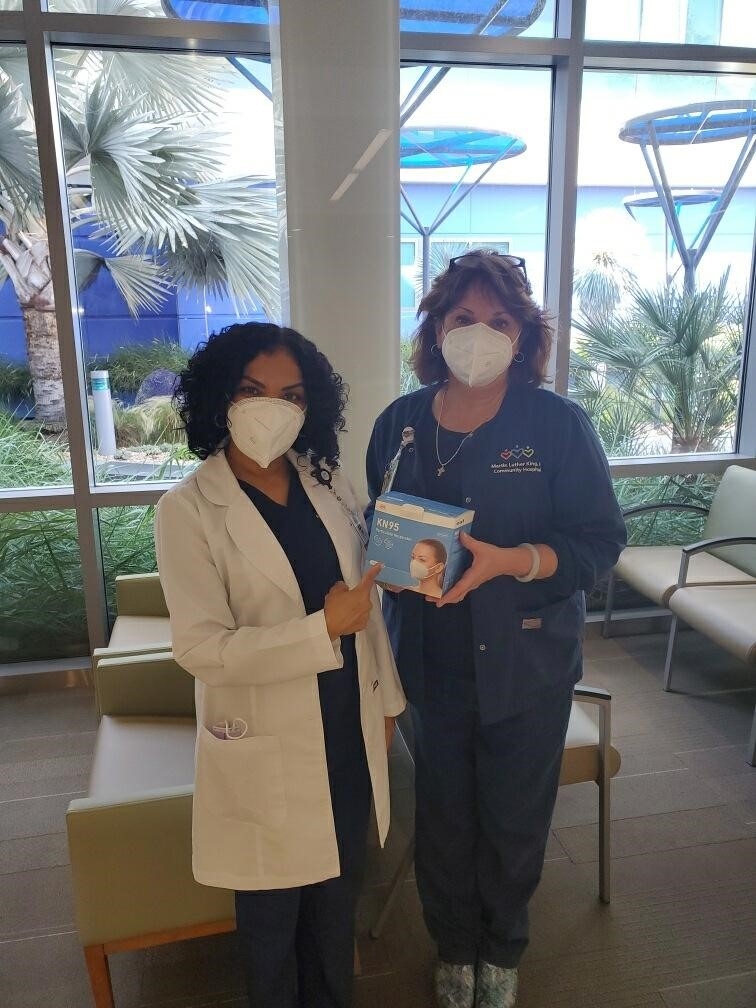 April 22, 2020, Los Angeles – Asia Society Southern California (ASSC) announced today the facilitation of a 100,000-mask donation to three Los Angeles hospitals through the leadership and generosity of Steve Ballmer and his wife Connie.

The Ballmers have pledged more than $25 million thus far to organizations working to fight the effects of the COVID-19 outbreak, including $1 million to local groups in Los Angeles. Steve Ballmer is Co-Founder of the Ballmer Group and owner of the NBA’s Los Angeles Clippers.

The donation was spearheaded by the Los Angeles Clippers Foundation and the Ballmer Group. 50,000 masks were donated to Martin Luther King Jr. Community Hospital in South Los Angeles, while Cedars-Sinai Medical Center in West Los Angeles and Centinela Hospital Medical Center in Inglewood each received a donation of 25,000 masks. These hospitals have been on the front line of the local response to COVID-19 and in dire need of personal protective equipment (PPE) since the novel coronavirus outbreak hit the Los Angeles area.

These masks were manufactured by BYD, the world’s largest producer of masks, which repurposed its smartphone manufacturing plant in Shenzhen to respond to the global shortage of PPE. The President of BYD North America, Stella Li, serves as a member of the ASSC Advisory Board. Through Ms. Li, ASSC was alerted to a shipment of PPE arriving on April 1 at the Port of Los Angeles. That equipment was being purchased by groups around the country; ASSC wanted to ensure that a sizable portion remained in Los Angeles, directed to those most in need. The center began a search for a willing donor, which was led by ASSC Vice Chair Brian Treiger.

The Ballmers surfaced, given their longtime commitments to the welfare of the City of Los Angeles, and more recent efforts to fight the COVID-19 pandemic. A decision was quickly made to purchase 100,000 masks from BYD; MLK, Cedars and Centinela Hospitals were identified as designated recipients.

“I’m proud that ASSC was able to play a role in the local response to COVID-19,” said ASSC Director Charlie Coker. “I want to thank Advisory Board member Stella Li and Vice Chair Brian Treiger for their extraordinary efforts to make this donation possible.”

Added Mr. Treiger: “We are so pleased that our efforts have successfully come to fruition. None of this would have been possible without the fast action and munificence of the Ballmer Group and the Los Angeles Clippers Foundation.”

Asia Society has been deeply involved in other initiatives around the country to help obtain much-needed medical supplies. New York Governor Andrew Cuomo and California Governor Gavin Newsom have both expressed appreciation to Asia Society for its valuable support during the pandemic. Said Governor Cuomo: “We went to Asia Society for help navigating China.” That “navigation” helped New York source life-saving personal protective equipment and ventilators.

Asia Society Southern California is the Los Angeles arm of the leading educational organization working to forge understanding and strengthen relationships among the peoples, leaders, and institutions of Asia and the West. Founded in 1956 by John D. Rockefeller 3rd, Asia Society is a nonpartisan, nonprofit institution that, across the fields of arts, business, culture, education, and policy, provides insight, generates ideas and promotes collaboration to address today’s challenges and create a shared future. Based in New York, Asia Society has a global Board of Trustees and operates in 13 cities worldwide.