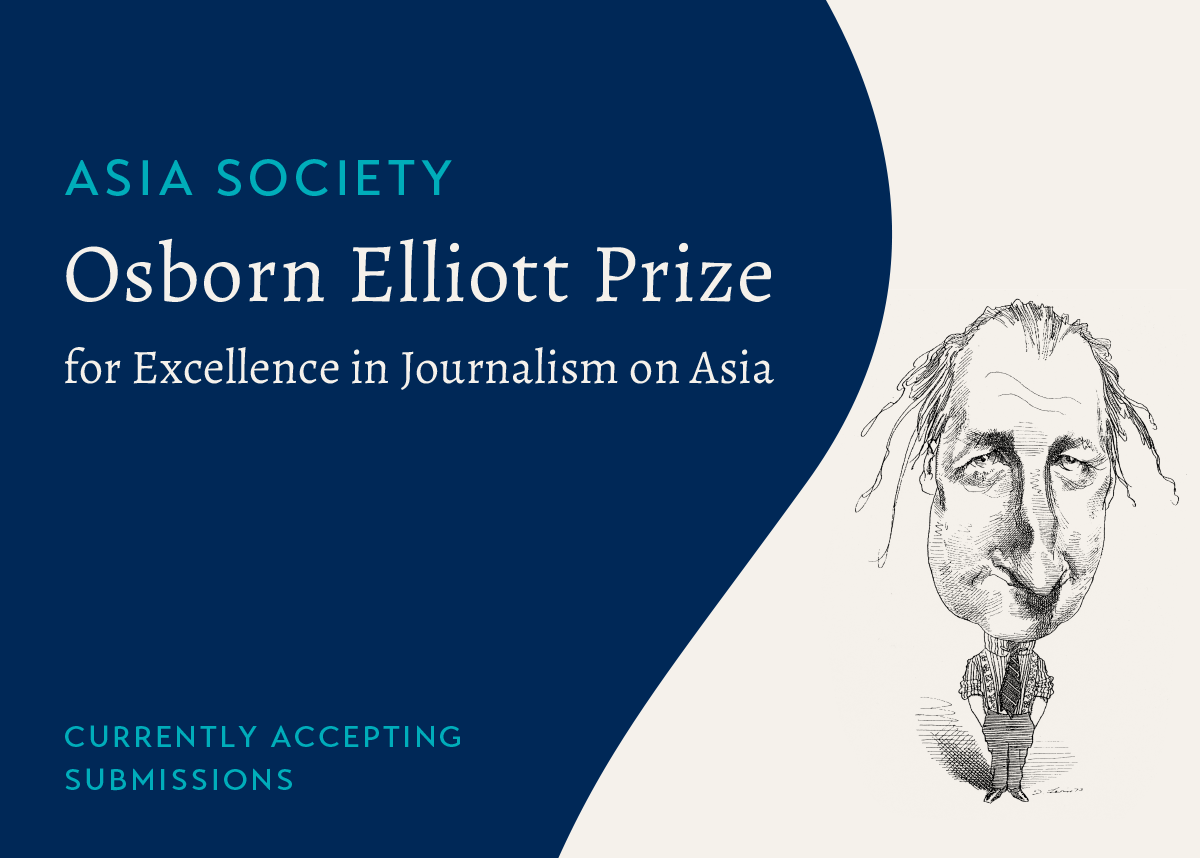 NEW YORK, February 9, 2022 — The Asia Society is currently seeking applications for the 2022 Osborn Elliott Prize for Excellence in Journalism on Asia. The $10,000 prize is awarded annually to a reporter or team of reporters who has produced the best example of journalism about Asia specifically during the 2021 calendar year. Evaluation criteria include impact of the work, its originality, creativity, depth of research and educational value in informing the public about Asia. Submission criteria is detailed below.

Applications must be submitted by Thursday, March 31, 2022.

Last year, Asia Society awarded the prize to Alice Su of the Los Angeles Times for her reporting on China. Other recent winners include Gerry Shih of The Washington Post for China coverage (2021); an Associated Press team for its series “China Clamps Down” about China’s assertions in the Xinjiang region of Western China (2019); Wa Lone and Kyaw Soe Oo of Reuters (2018), who provided searing accounts of violence against the Rohingya and were later jailed because of it for more than 500 days; and Ellen Barry of the New York Times (2017) for a series of stories examining the role of women in India’s economy and society.

The winner of the Oz Prize will be announced in May, and honored at a special Asia Society New York program.

Submissions are only accepted electronically, via the submit button below, which includes access to application requirements and instructions. Please contact us at pr@asiasociety.org with any questions.