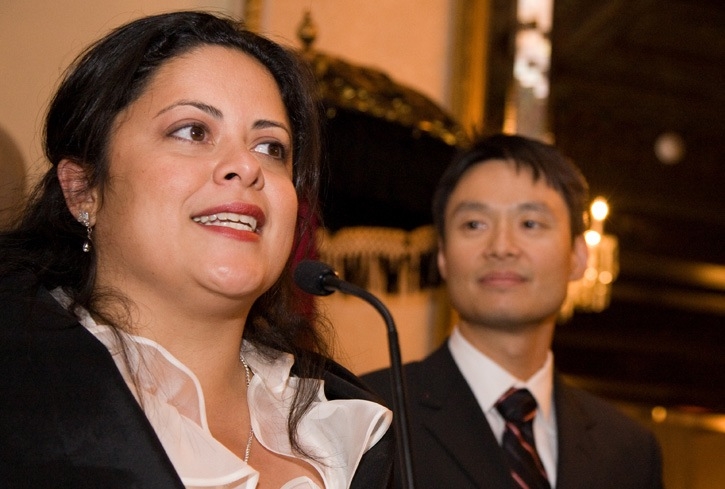 Maya Soetoro-Ng, Obama's half-sister, sharedher experience as an Asia Society volunteer in the mid-1990s and paidtribute to the organization for helping her find grounding as an"untethered" graduate student in New York City. "I think the AsiaSociety had done a wonderful job, not only in nurturing education,communication and cooperation but also in helping all of us recognizethe great beauty across this country and this world," she said.

Assecretary-designate and not yet secretary, Chu could not speak aboutpolicy. He did, however, entertain guests with a joke about the time hetold his mother, "Mom, I won the Nobel Prize." According to Chu, hismother said, "That's wonderful, Steven. When are you going to come seeme?" But later she called and said, "Steven, it's true! My neighborstold me it's true!"

Preeta Bansal,who has been appointed as the general counsel and senior policy advisorin the Office of Management and Budget (OMB) in the upcomingadministration of Barack Obama, represented the Presidential TransitionTeam. "I think we'll see that this is the one of the most successfultransitions in the history of the post-World War II era."

Asthe final guest speaker, Congressman Michael Honda remarked on the pastand future roles of Asian Pacific Americans in US government. "Weexpect something is going to happen in front of us ... and it's thewarmer relationships with the rest of the world."