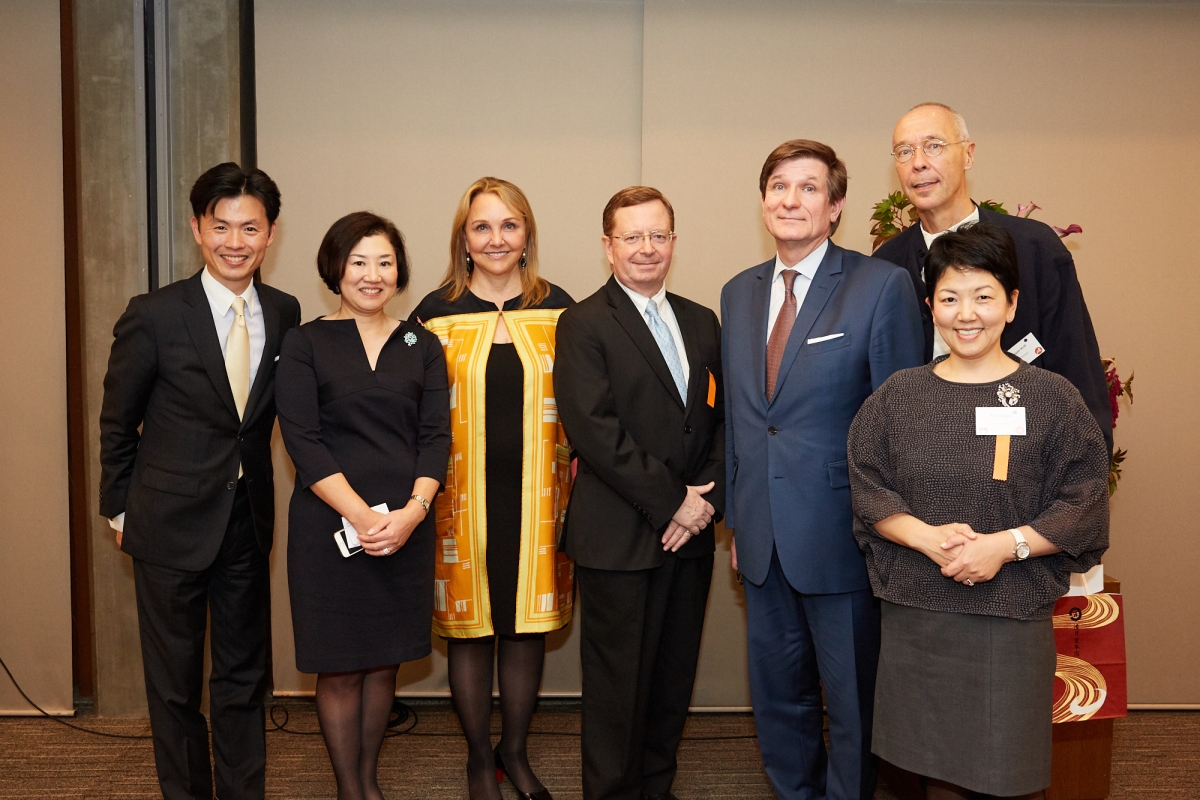 Launch Marked with Dialogue on Future of Asia Pacific

TOKYO, October 22, 2018 — Asia Society, in partnership with the International House of Japan, will formally open its first-ever center in Japan on October 30 in recognition of the unequivocal importance of the country as well as the region in advancing the global society.

“The 21st century brought new and unique challenges to the world — from climate change to cybersecurity — the next generation of leaders need to be equipped to deal with them. We are excited to start a new chapter of Asia Society with this very important conversation,” said Sawako Hidaka, Executive Director of Asia Society’s Japan Center.

The new center opens at a critical juncture as Japan, the world’s third largest economy, seeks a more prominent role in promoting global security and international trade, having recently led the successful negotiations of the 11 remaining members of the Trans-Pacific Partnership trade deal.

"Japan is central to all issues of peace and prosperity in Asia, and the world," said Asia Society President and CEO Josette Sheeran. "John D. Rockefeller 3rd created the Asia Society to build bridges between the East and West and also between the nations of Asia. It is crucial that Japan be part of this network."

The Japan Center will convene U.S. and Asian policymakers, and organize programs on arts and culture, policy and business, and current affairs at the "I-House," a marvel of Japanese modernist architecture located in Tokyo’s Roppongi district. The center’s creation was led by James Kondo, senior advisor to the venture capital firm Geodesic Capital and a member of Asia Society’s Asia 21 young leaders network, and Thierry Porté, managing director of the private equity firm J.C. Flowers and a member of Asia Society’s global council.

The International House of Japan is a private, non-profit organization incorporated, with support from the Rockefeller Foundation and other private institutions and individuals, in 1952 for the purpose of promoting cultural exchange and intellectual cooperation between the peoples of Japan and those of other countries.

Founded in 1956 by John D. Rockefeller 3rd, Asia Society is a nonpartisan, nonprofit organization that works to address a range of challenges facing Asia and the rest of the world. Asia Society has cultural centers and public buildings in New York, Hong Kong, and Houston, and offices in Los Angeles, Manila, Mumbai, Tokyo, San Francisco, Seoul, Shanghai, Sydney, Washington, D.C., and Zurich. Across the fields of arts, business, culture, education, and policy, Asia Society provides insight, generates ideas, and promotes collaboration between Asia and the world.