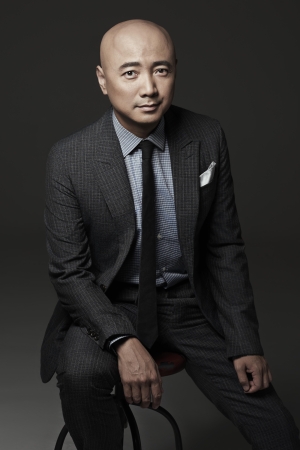 Mr. Xu joins other leading entertainment figures who will be honored at the Summit: Actress Michelle Yeoh, Warner Bros. Chairman and CEO Kevin Tsujihara and Elizabeth Daley, Dean of the USC School of Cinematic Arts.

Mr. Xu is one of China’s most popular and influential contemporary film figures. His creative range spans from comedy to drama to dark comedy, and his movies have had commercial success as well as social impact. In 2012, for instance, Lost in Thailand, electrified China’s film industry by grossing more than $200 million and caused a surge in Chinese tourism to Thailand, earning Mr. Xu a meeting with that country’s Prime Minister. This year, Mr. Xu produced and stars in Dying to Survive, which depicts the true story of a man’s plight to get life-saving leukemia medication. Not only has Dying to Survive been a box-office hit, it struck a chord among the Chinese public and accelerated government efforts to bring down the cost of drugs.

“Xu Zheng changed the face of Chinese cinema forever. Lost in Thailand was the first local blockbuster,” said Janet Yang, Chair of the Entertainment Summit and a member of the Academy of Motion Picture Arts and Sciences. “Dying to Survive is an important addition to his repertoire of film, television and theater works. It demonstrates the power of film to portray and impact issues in contemporary Chinese society.”

Asia Society Southern California will co-host a screening of Dying to Survive on October 29 as part of the Asian World Film Festival, and in partnership with the China Onscreen Biennial and the Los Angeles Chinese Film Festival.

About the U.S.-China Entertainment Summit

The U.S.-China Entertainment Summit is the most prestigious U.S. gathering of Hollywood and Chinese entertainment-industry leaders. Founded in 2010 as the U.S.-China Film Summit, it has led the conversation about co-production, cross-border investment and the integration of Chinese and American talent. The trans-Pacific relationship has deepened and with the digital-led convergence of media, the 2018 Summit will look beyond film and TV to areas such as immersive entertainment and gaming, as well as digital technologies that are transforming media.