NEW YORK; October 10, 2018—The Asia Society global board of trustees announced today at its fall meeting in New York the election of three new members: Bradford Hu, James Kondo, and Thierry Porté. Each has unique experience on Asia and the issues driving the U.S.-Asia relationship, as well as demonstrated commitment to Asia Society and its programs.

Bradford Hu is Chief Risk Officer for Citigroup; James Kondo is Co-Chairman of the Silicon Valley Japan Platform, and former Chairman of Twitter Japan; and Thierry Porté is a Managing Director of J.C. Flowers & Co. LLC. All three have long-standing experience in key areas of Asian business and policy. Kondo and Porté have been instrumental in the launch this year of the Asia Society Japan Center.

“James Kondo’s leadership in key Asia Pacific policy networks and his insights on technology and social entrepreneurship will be invaluable to Asia Society,” said Josette Sheeran, the Lulu and Anthony Wang President and CEO of Asia Society. “James was selected years ago as a rising star in Japan for our Asia 21 Young Leaders network and is now Co-chair of our new Japan Center.”

“Thierry Porté was an original member of our Global Council and is now a Co-chair of our new Japan Center,” Sheeran said. “His pioneering background and business expertise are a huge asset to our global operation.”

Hu continues a long-standing tradition of Citi representation on the Society’s board. “Having lived and worked in Hong Kong, Tokyo, and Taipei, Brad Hu will bring his deep experience, knowledge and perspective on Asian markets and risk mitigation to our Global Board,” Sheeran said. “We are delighted he is joining as a Trustee.” 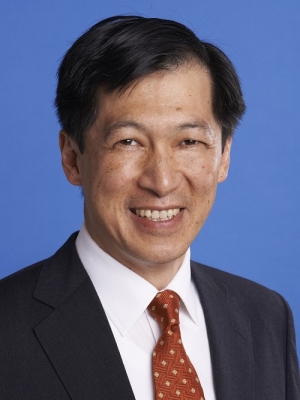 Bradford Hu is the Chief Risk Officer for Citigroup. In this role, he leads the global Risk Management organization, which is responsible for developing the Group’s risk governance framework, recommending its risk appetite and ensuring that all risks generated by the business are measured, reviewed and monitored on an ongoing basis. Mr. Hu reports to Citigroup CEO Michael Corbat and is a member of Citi’s Operating Committee.

Before assuming this role in January 2013, he served as Chief Risk Officer for Citi Asia Pacific, where he was responsible for managing the firm's risks across all of Citi’s businesses in the region’s 17 markets, including consumer banking, corporate and investment banking, securities and trading, and private banking services.

Prior to joining Citi in 2008, Mr. Hu worked at Morgan Stanley for more than 20 years, where he served as CEO of Morgan Stanley Taiwan and held a number of senior leadership roles in Firm Management, the Global Equity Division, Global Capital Markets, and Investment Banking. He has more than 15 years of experience in Asia, having worked and lived in Hong Kong, Tokyo, and Taipei.

Mr. Hu graduated from the Massachusetts Institute of Technology in 1985, earning S.B. and S.M. degrees in electrical engineering and computer science with a concentration in economics, and received his M.B.A. with High Distinction from the Amos Tuck School of Business Administration, Dartmouth College, where he was elected Edward Tuck Scholar. He is married with two children. 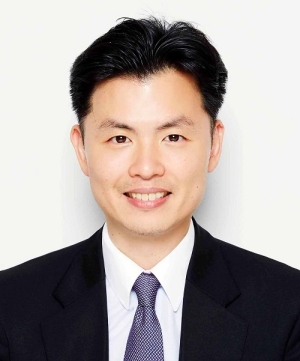 James Kondo is a technology executive, social entrepreneur, academic, and policy expert. In the technology arena, Mr. Kondo is Co-Chairman of Silicon Valley Japan Platform, Co-Chair of World Economic Forum Centre for the Fourth Industrial Revolution Japan, and Senior Advisor at Geodesic Capital, a venture capital based in Silicon Valley. He was formerly Vice President of Twitter Inc and Chairman of Twitter Japan.

In the social sector, Mr. Kondo is a board member at The International House of Japan. He co-founded TABLE FOR TWO, a Davos-initiated social program that simultaneously addresses global hunger and obesity. Mr. Kondo also co-founded Beyond Tomorrow, a youth leadership and scholarship program founded after the Tohoku earthquake. In the academic sector, Mr. Kondo is Visiting Professor at Graduate School of International Corporate Strategy at Hitotsubashi University. He formerly co-directed a health policy program at the University of Tokyo.

In the policy sector, Mr. Kondo was Special Advisor at the Cabinet Office and Director at the Prime Minister's Office of the Government of Japan. He is President of Asia Pacific Initiative Foundation, a think-tank based in Tokyo.

Mr. Kondo is an Asia 21 Fellow of Asia Society. He was also selected Young Global Leader, New AsianLeader, and a member of Global Agenda Council at the World Economic Forum, Richard von Weizsäcker Fellow at the Robert Bosch Academy, Fellow of U.S.-Japan Leadership Program, and Inamori Fellow of Inamori Foundation. 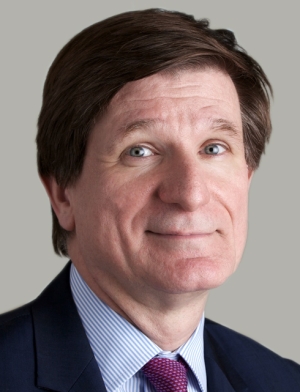 Mr. Porté worked previously at Shinsei Bank, Ltd., Tokyo, where he served as Vice Chairman (2003-2005) and President and CEO (2005-2008). From 1982 to 2003, he served in various capacities at Morgan Stanley in New York, London, and Tokyo, including as President and Branch Manager of Morgan Stanley Japan (1995-2003). In a personal capacity, he serves as Vice Chairman of Equita, a Milan-based investment bank, and director of Baobab, a Paris headquartered microfinance institution operating in Africa and China.

He is Chairman of the U.S.-Japan Bridging Foundation. He is a founding member and Co-Chair of the Asia Society Japan Center. He served on the Board of Trustees of Regis High School from 2009 to 2015 and continues to serve as the Chairman of the Regis Investment Committee. He currently serves on the Investment Committee of the Missions of the Society of Jesus. He served from 2008 to 2013 as Chairman of the Japan-U.S. Friendship Commission and the U.S.-Japan Conference on Cultural and Educational Interchange, appointments designated by the President of the United States.