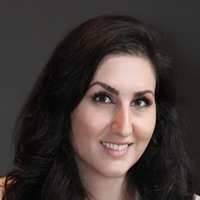 The Asia Society is pleased to announce the appointment of Debra Eisenman as Chief Operating Officer. In this role, she oversees the organization’s network of global centers, communications, global events and conferences, and the Asia 21 Young Leaders program.

Asia Society President and CEO Kevin Rudd said in announcing the appointment, “Debra was instrumental to the creation of the Asia Society Policy Institute in 2013, and it is a testament to her leadership since then that it has grown to be a world leading think and do tank (ranked in top one percent of think-tanks worldwide) with a globally distributed staff and a large supporter base. Her decade of service to the Asia Society more broadly means there are few who can parallel her extensive knowledge of the institution and its history —all of which will stand her in good stead as she takes on this new role.”

At Asia Society, Eisenman has served in increasingly senior leadership roles as she helped to advance the institution’s policy work, first joining the Asia Society Policy Institute’s predecessor, the Global Policy Programs department. She created the initial business, operations, and strategic plans for the development of the Policy Institute prior to its launch.

Before joining Asia Society in 2011, Eisenman worked on the Peacebuilding and Western Balkans grantmaking programs of the Rockefeller Brothers Fund. From 2005 to 2008, she worked at the National Crime Prevention Council on projects to advance youth civic engagement and individual and community safety.