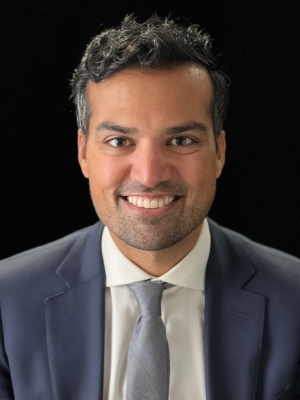 The Asia Society has appointed Aalok Kanani as its first ever Chief Digital and Communications Officer to oversee the organization's marketing and communications efforts and lead its transformation into a digital first institution.

“Aalok brings an impressive background leading campaigns, causes, and organizations around the world,” said Asia Society President and CEO Kevin Rudd. “From the Obama Administration to the UN to the 2020 U.S. presidential campaign, Aalok has a proven track record of building cutting edge digital programs at the highest levels. I’m excited for Aalok to be joining as a critical member of the senior management team at this important moment for the organization.”

Kanani joins the Asia Society after leading marketing and digital strategy for a range of public, private, and nonprofit organizations. In 2020 he was the Director of Digital Communications for the Biden-Harris general election campaign, and before that he held the same role for Pete Buttigieg’s primary campaign. Kanani also served in the Obama administration overseeing digital strategy for the U.S. Mission to the United Nations, and prior to that was the Confidential Assistant to the Deputy Secretary of Education. He left the Obama administration to join the UN’s Ebola Response Mission, working as a Public Information Officer across Sierra Leone and Liberia, and subsequently worked as a consultant advising the African Development Bank, FIFA, and nonprofits across Africa, Asia, and the Middle East.

Most recently Kanani was on the public affairs team at Lyft. Early in his career he worked for a start-up accelerator in Bangalore and a technology policy think tank in San Francisco.

Kanani has a B.A. in International Relations from Tufts University and an M.B.A. from Northwestern’s Kellogg School of Management.

“I’m thrilled to be joining the Asia Society at such a pivotal time,” said Kanani. “The world is shifting towards Asia – culturally, economically, politically – and the role of the Asia Society is more important than ever as we look to the future. Leveraging digital tools will be critical to telling that story, building our brand, and reaching new audiences that are younger, more diverse, and more global.”

Members of the press, content creators, and others with a focus on Asia can email Aalok at akanani@asiasociety.org and follow him at @akanani.