For engineering a better world, and ensuring that more of its engineers are women 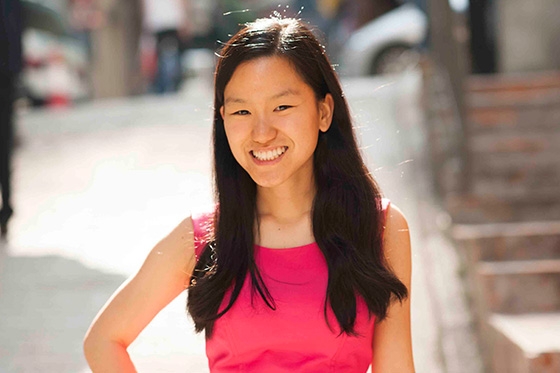 Entrepreneur and Advocate for Women in Technology

When Marita Cheng got to college in Melbourne to study engineering, she found herself surrounded by men.

In her class of 50 would-be engineers, Cheng was one of only five women. It was a stark example of what Cheng soon learned was a broader problem facing Australia: Women made up only a quarter of the country’s science, technology, engineering, and math (STEM) workforce, and only 14 percent of its engineers. “Engineering is all around us,” Cheng says. “So it’s important that the engineers who create our world are as diverse as the people who are in it.”

Cheng was determined to change things. In 2008, at the age of 19, she gave the engineering world a jolt with her start-up Robogals, founded with the aim of bringing more girls into STEM fields through workshops, networking, and encouragement. Mission accomplished, as they say: Since then, Robogals has grown to 31 chapters across nine countries and reached more than 50,000 budding engineers.

But Cheng doesn’t just encourage others — she’s an engineering pioneer herself, focusing her considerable talents on projects that help the people most in need. With her startup 2Mar Robotics, she developed robotic arms that can be controlled by smartphone, a novel application for people with disabilities which won her numerous innovation awards. At a separate startup, Aipoly, Cheng created an app that uses artificial intelligence to help blind people navigate their surroundings. To Cheng, ventures like this can’t lose. “If your startup is doing something that has a really good social cause,” she says, “then even if you fail, you don’t really fail.”

But failure isn’t part of the equation for this Game Changer. In 2012, Cheng was named Young Australian of the Year for “demonstrating vision and leadership well beyond her years.” Above all, she hopes her success will encourage other girls to direct their energies toward a field that needs them.

"You can build anything — you just have to imagine it,” she says. “I want to show girls that with science and engineering you can make a really cool change in people’s lives."