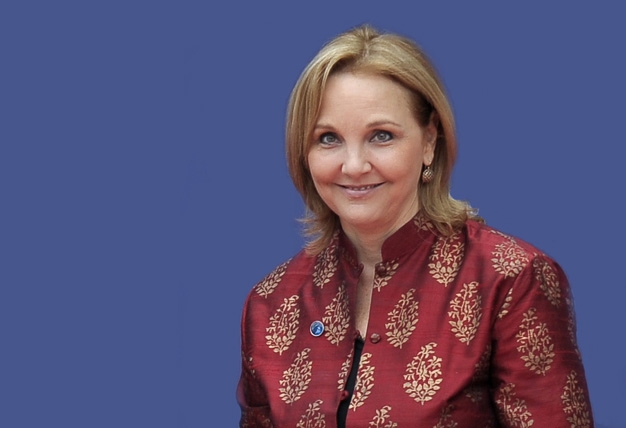 Asia Society is pleased and proud to announce the winners of its first-ever Asia Game Changer Awards, honoring a group of remarkable leaders and institutions who are creating a better future for the people of Asia and the world.

It’s the first award to honor Asia's true “game changers,” and it fills a glaring gap: a lack of recognition of those individuals and institutions that are having the greatest impact across Asia. The inaugural honorees represent an extraordinary range of geography and achievement: A revolutionary educator in India and a pioneering architect from Japan; a groundbreaking social entrepreneur in the Philippines and a truly game-changing entrepreneur in China; an Oscar-winning documentary filmmaker in Pakistan and a media mogul in Afghanistan. What they share in common are vision, passion and proven impact, wherever and however they happen to be changing the world.

We began the selection early in the year, inviting suggestions from Asia Society’s global network. More than 130 individuals and institutions were nominated, and after a six-month process, the results are in, as they say. It’s an extraordinary group.

The 2014 Class of Asia Game Changers includes the iconic advocate for girls’ education Malala Yousafzai, and the e-commerce wunderkind and philanthropist Jack Ma. Others may be less familiar, but their stories and achievements are remarkable indeed.

Pawan Sinha is a neuroscientist who has brought sight to the sightless; Sharmeen Obaid-Chinoy’s documentary films have given voice to the voiceless; and the media maestro Saad Mohseni has literally revolutionized the landscape of news and information in his native Afghanistan. We honor a pair of remarkable social entrepreneurs in Jacqueline Novogratz, founder of the Acumen Fund, which has proven that investment in the downtrodden can be as profitable as investment in a blue-chip company; and Illac Diaz, who has brought light to those in the Philippines who lack electricity, and done so in brilliant and sustainable fashion.

Three Game Changers are recognized for profoundly creative and effective responses to disaster: Indonesia’s Kuntoro Mangkusubroto, who managed brilliantly the multi-billion-dollar global response to one of the worst calamities in recent memory; the Japanese architect Shigeru Ban, who has brought his genius to the design of shelters after so many natural disasters in Asia — “an architectural iteration,” as one scholar has put it, “of Doctors Without Borders”; and the organization Fashion Girls For Humanity — born in the aftermath of the 2011 tsunami in Japan — which has marshalled the fashion world to aid not only the victims of that disaster but then those battered by Hurricane Sandy a year later, and most recently Typhoon Yolanda, which devastated the Philippines earlier this year.

We honor groundbreaking educators as well. India’s Madhav Chavan, whose Pratham Foundation not only helped millions of Indian children to read, but has also changed forever the way education is measured in his country; China’s Zhang Minxuan, who championed game-changing reforms that helped catapult Shanghai to the top of global student performance rankings; and of course the aforementioned Malala, whose first name alone has become synonymous not only with bravery of the highest order, but also a seemingly boundless passion for the rights of young girls to a decent education.

Then there is the remarkable organization Playing For Change. You may have seen their videos — those global musicians linked in beautiful, symphonic connections. What you may not know is that Playing For Change is now teaching music, and its power to inspire, to children in Asia and elsewhere.

One individual stood out in our selection process — a winner among this extraordinary group of winners. The truly game-changing nature of Jack Ma’s company Alibaba, and his philanthropic vision for China, have made him our Asia Game Changer of the Year. We are delighted to report that Jack Ma and most of the other honorees will join us in a global celebration, at the United Nations on October 16, 2014, beginning at 6:00 pm. Game Changer Malala Yousafzai — who rarely misses a day of her own schooling — will deliver a special video address to the gathering, from Great Britain.

It will be a remarkable celebration of a remarkable group. We at the Asia Society are thrilled to honor these people, to spread the word about their achievement, and to share their triumphs with the rest of the world. Above all, the event, and the award itself, are celebrations of the mission of Asia Society: to promote mutual understanding and strengthen partnerships among peoples, leaders, and institutions of Asia, the United States, and the world. Put differently, creating the atmosphere and the conditions for future Asia Game Changers to develop and thrive.