For history-making business and philanthropy in China 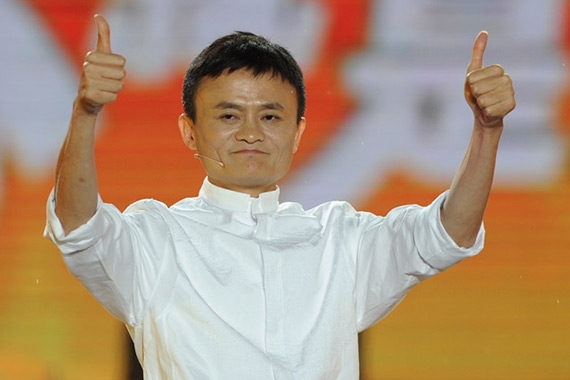 From the time he was 10, Ma Yun would ride his bike for 40 minutes every morning to a local hotel in his hometown of Hangzhou, in eastern China, just to practice English with foreign tourists. That was the first sign of the global vision that would lead Jack Ma, as he later became known, to become China’s foremost internet entrepreneur, the founder and executive chairman of its largest e-commerce business, the Alibaba Group. It is this vision we now honor by naming Jack Ma our Asia Game Changer of the Year.

Ma launched Alibaba out of his Hangzhou apartment in 1999 with just a handful of colleagues. By 2012, its online transactions exceeded 1 trillion yuan (more than 162 billion U.S. dollars), and its September 2014 IPO is expected to be one of the biggest in U.S. history. But there’s much more to Ma than big paydays: Also a philanthropist, earlier this year he and Alibaba vice chairman Joe Tsai announced the establishment of personal charitable trusts funded by share options granted by Alibaba, roughly valued at US$3 billion. This is in addition to the Alibaba corporate charitable foundation that has been funded with 0.3% of Alibaba Group's annual revenue since 2010. In case there was any doubt, 15 years ago Jack Ma picked his company’s name because, he later explained, “everyone knows the story of Alibaba. He’s a young man who’s willing to help others.”

"The most fun part of business, at least to me, is to contribute to the future,” Ma has said. “It's not just about making money — it’s about making healthy money, enabling people to enjoy their lives. I think the important thing is to wake people up and let them know that our environmental issues need to be addressed."