For restoring music — and empowering children — in a war-ravaged nation 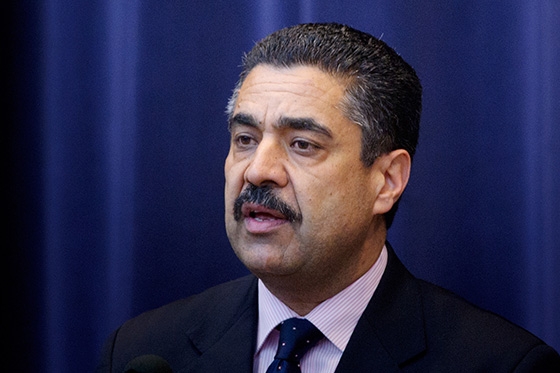 In 2008, the Taliban was long gone from power in Afghanistan, and the group’s ban on playing and listening to music had been lifted nearly a decade earlier. But classical and traditional music had never really recovered, and one Afghan musician saw that Afghanistan remained so devoid of musical talent that the country lacked an orchestra capable of performing the national anthem. Ahmad Sarmast sought to change that — and in the process he gave lift to countless lives in his native country.

Sarmast had been a musicology professor in Australia for the previous decade. He returned home in 2008 and founded the Afghanistan National Institute of Music, and his institution quickly became a haven for Afghan youth affected by war. Some of the country’s most marginalized groups — young girls, orphans, and street-working children — could now pursue a vocation that opened up opportunities and served as an emotional sanctuary. For Sarmast’s students, the school became that rare thing in modern Afghanistan: a place and atmosphere where artistic expression was encouraged and celebrated.

Alas, the school’s success also made it a target. In 2014, a Taliban suicide bomber struck during a performance and killed a spectator. Sarmast himself was severely injured and lost 90 percent of his hearing. Nevertheless, just weeks later, he returned to the school, armed with a renewed sense of determination. Since the inception of the school in 2010, he has brought Afghan student ensembles to perform all over the world, including at New York’s Carnegie Hall and the Royal Opera House of Oman.

Today, after several surgeries, Sarmast has regained most of his hearing. And his brush with death has only reaffirmed and reignited his passion and vision. “Music and music education is the most powerful force, but a very soft power,” he says. “I see in our orchestra tomorrow’s Afghanistan. An Afghanistan which embraces diversity and creates equal opportunity for everyone. A most beautiful mosaic of Afghan ethnicity.”