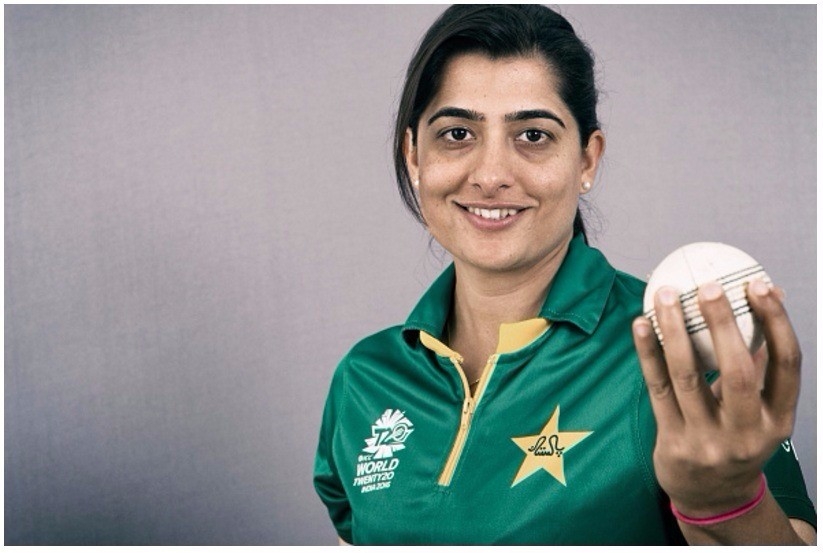 Growing up in cricket-mad Pakistan, Sana Mir was surrounded by some of the best cricketers in the world. But as a girl who loved not just watching but playing the game, something was conspicuously absent: women.

Mir says she couldn’t understand why that was — and she refused to let it deter her. She started playing street cricket at the age of five. As she grew older, unable to find a girls team to join, she played on the boys team.

That determination paid off, time and again. She joined the fledgling Pakistan women’s cricket team, eventually becoming captain and leading it to gold medal wins at the Asia Games in 2010 and 2014. Mir recently became the world’s top-ranked bowler for one-day internationals (ODIs); and, the top wicket-taker for spinners ever among women in ODIs. (For non-cricket types, let’s just say she’s one of the best at getting batters out.) She has been decorated with the Pakistani medal of excellence known as the Tamgha-e-Imtiaz, similar to the U.S. Congressional Medal of Honor; won the People's Choice Award at the Pakistan Sports Awards; and, was recently inducted into the ICC Women's Committee as one of three female players' representatives to the preeminent cricket body. And in 2017, she became a member of the Asia 21 Young Leaders network.

“When I started in 2005, people would ask me why I’m doing this, it’s not a women’s game,” she says. “But now when I talk to people they say, ‘We are so proud of the team. We want our daughters to be a part of this team.’ They ask how can they become a part of this team so the mentality and perception has changed.”

In a country where many women still struggle for basic rights, Mir’s success has been a lodestar. Unwilling to simply rest on her laurels, Mir is an outspoken advocate for women’s rights, working to change attitudes about women’s participation in the traditionally male-dominated sport of cricket — and beyond.

An avid social media user who is followed by hundreds of thousands, Mir employs her platform to advocate for everything from compulsory cricket programs for schoolgirls to an end to body-shaming advertisements.

Referring to her own accomplishments, Mir insists "any girl in Pakistan who puts in hard work and is true to the game can do that in any sport."