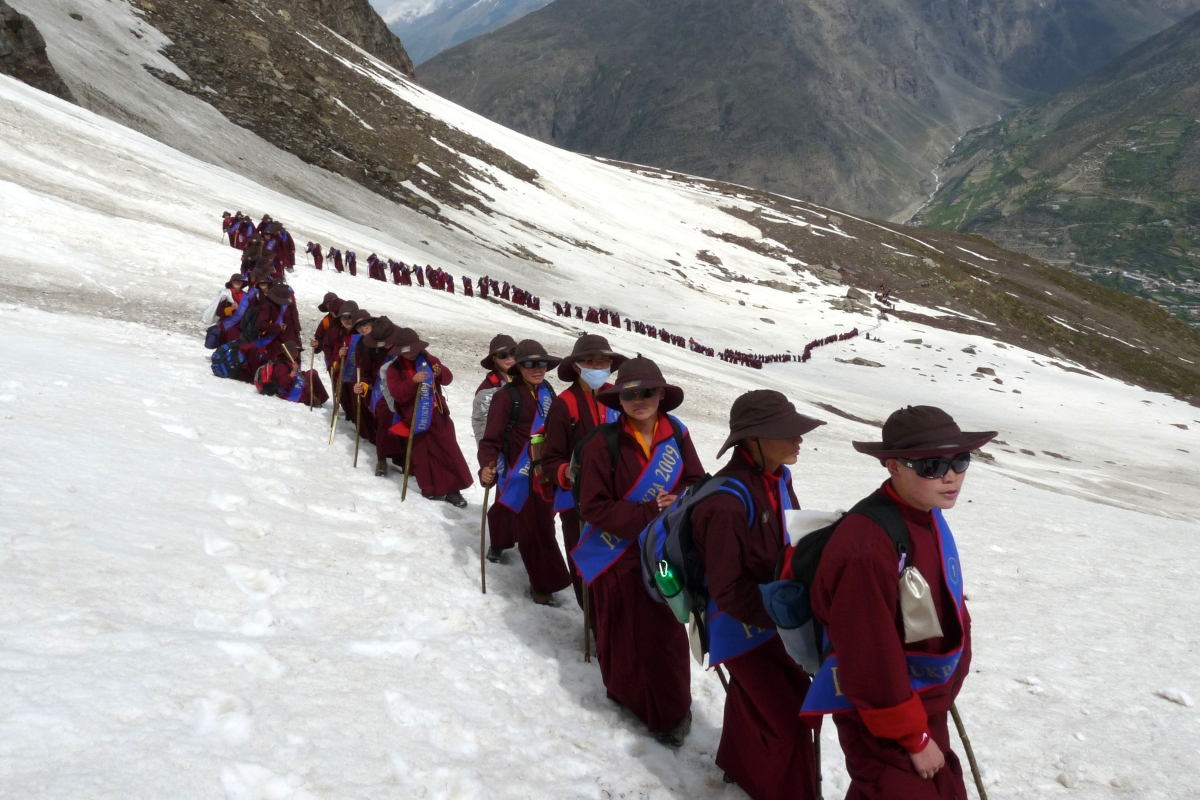 High up in the Himalayas, a group of young women, heads shaved, clad in martial arts robes, stand in formation on an outdoor platform, throwing kicks and punches in the air with precision and force. For the women — nuns in the Drukpa branch of Himalayan Buddhism — kung fu is more than just a form of exercise. It is a way of life.

Until a decade ago, such physical activity was forbidden for the nuns, whose duties were relegated to prayer, cooking, and cleaning. But in 2009, His Holiness the Gyalwang Drukpa, the leader of the lineage, introduced kung fu as a means of self-defense. In the years since, the Kung Fu Nuns (as they have become known) have assumed leadership roles that belie their modest physical statures.

They host self-defense workshops for Himalayan women and girls in places where violence against women is endemic, sharing their own experiences of overcoming fear. They run health clinics, rescue and treat injured animals, fight against human trafficking, and champion environmentalism by manually removing thousands of pounds of plastic litter throughout the Himalayas. In 2015, when an earthquake devastated Nepal, the Kung Fu Nuns famously refused evacuation; instead, they delivered relief aid on foot to neglected and difficult-to-reach areas.

Most remarkably, the nuns have become household names in a region where patriarchal structures remain entrenched and violence against women often goes unreported. “We learned that no one is coming to save us," says one, "so we have to help ourselves."