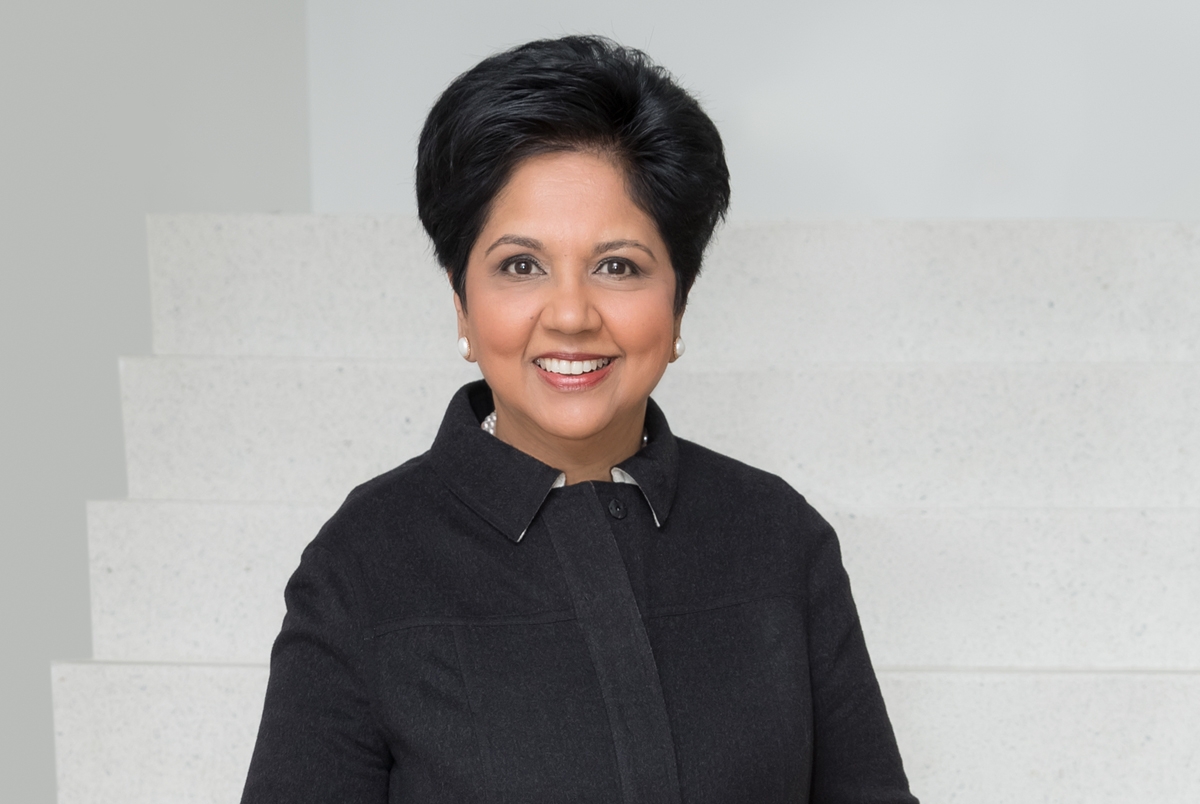 Asia Game Changer of the Year

Indra Nooyi is chairman and former chief executive officer of PepsiCo. PepsiCo products are enjoyed by consumers more than one billion times a day in more than 200 countries and territories around the world and generated more than $63 billion in net revenue in 2017. With a product portfolio that includes a wide range of enjoyable foods and beverages such as Frito-Lay, Gatorade, Pepsi-Cola, Quaker, and Tropicana, PepsiCo generates more than $1 billion in estimated annual retail sales in 22 brands.

Mrs. Nooyi is the chief architect of Performance with Purpose, PepsiCo’s pledge to do what’s right for the business by being responsive to the needs of the world around us. As part of Performance with Purpose, PepsiCo is focusing on delivering sustained growth by making healthier and more nutritious products, limiting our environmental footprint and protecting the planet, and empowering our associates and people in the communities we serve.

Mrs. Nooyi was named President and CEO on October 1, 2006, and assumed the role of chairman on May 2, 2007. She has directed the company’s global strategy for more than a decade and led its restructuring, including the divestiture of its restaurants into the successful YUM! Brands, Inc. She also led the acquisition of Tropicana and the merger with Quaker Oats that brought the vital Quaker and Gatorade businesses to PepsiCo, the merger with PepsiCo’s anchor bottlers, and the acquisition of Wimm-Bill-Dann, the largest international acquisition in PepsiCo’s history.

Before joining PepsiCo in 1994, Mrs. Nooyi spent four years as senior vice president of strategy and strategic marketing for Asea Brown Boveri, a Zurich-based industrials company. She was part of the top management team responsible for the company’s U.S. business as well as its worldwide industrial businesses, representing about $10 billion of ABB’s $30 billion in global sales.

Between 1986 and 1990, Mrs. Nooyi worked for Motorola, where she was vice president and director of corporate strategy and planning, having joined the company as the business development executive responsible for its automotive and industrial electronic group. Prior to Motorola, she spent six years directing international corporate strategy projects at The Boston Consulting Group. Her clients ranged from textiles and consumer goods companies to retailers and specialty chemicals producers. Mrs. Nooyi began her career in India, where she held product manager positions at Johnson & Johnson and Mettur Beardsell, Ltd., a textile firm.

In addition to being a member of the PepsiCo Board of Directors, Mrs. Nooyi serves as a member of the boards of Schlumberger Limited, The Consumer Goods Forum, Catalyst, Lincoln Center for the Performing Arts and Tsinghua University. She is also a member of the Foundation Board of the World Economic Forum and the American Academy of Arts & Sciences.

She holds a B.S. from Madras Christian College, an M.B.A. from the Indian Institute of Management in Calcutta, and a Master of Public and Private Management from Yale University. Mrs. Nooyi is married and has two daughters.