The Founders of Koolulam | Asia Society Skip to main content 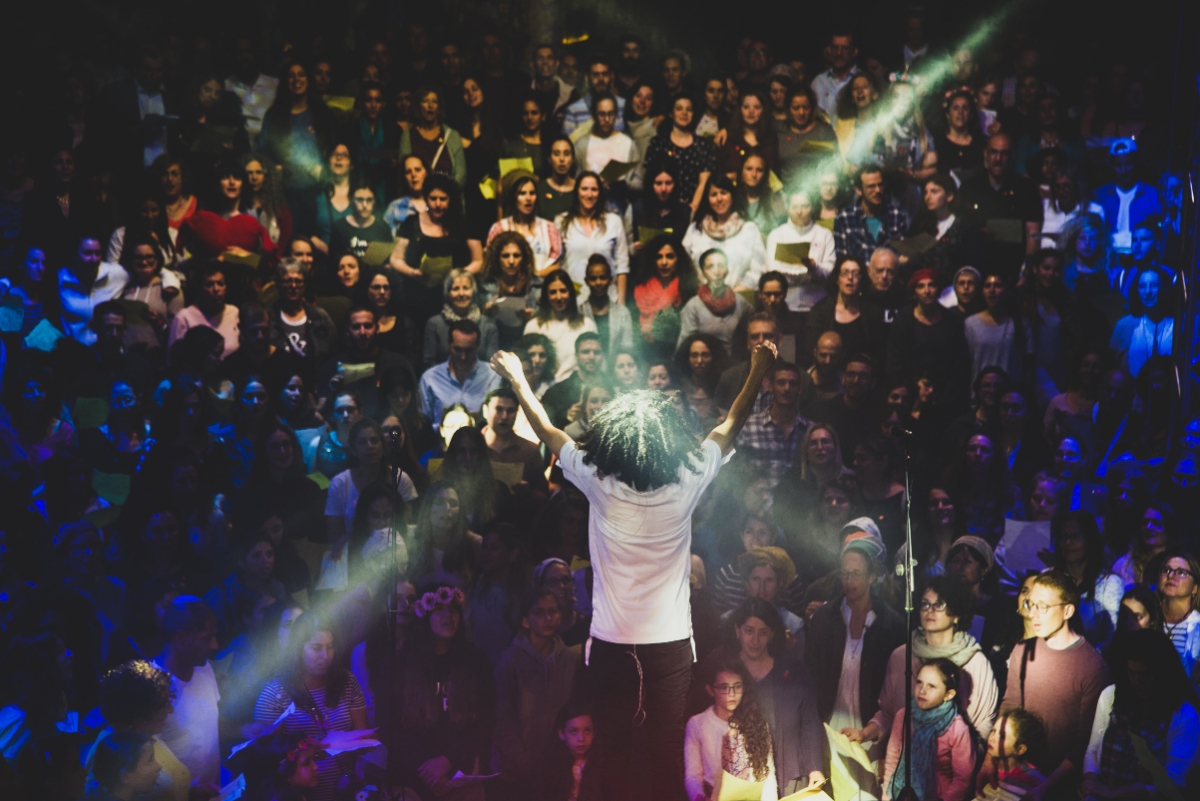 The hundreds who took part in the Koolulam musical event on June 14 at Jerusalem’s Tower of David came from all walks of Israeli society. There were people from all over the country, young and old, alone and with families; Christian, Jewish, and Muslim. How it worked was simple: Koolulam’s founders selected a well-known song — in this case Bob Marley’s “One Love” — and prepared the lyrics in Hebrew, Arabic, and English. They organized the participants by the pitch of their voice and began to rehearse. When the Koolulam performance began with the harmony of hundreds of voices, it provided more than just an evening’s entertainment: Any and all differences between the participants seemed to melt away. An audience of individuals had, for a moment, achieved unity — in one of the world’s most divided societies.

Bringing disparate groups together is central to the mission of Koolulam, a self-described “social musical initiative” whose name is a portmanteau combining the Hebrew words for “ululation” and “everyone.” The June 14 concert in Jerusalem was held in honor of Kyai Haji Yahya Cholil Staquf, secretary general of the world’s largest independent Muslim organization, the Indonesian-based Nahdlatul Ulama, which boasts 60 million members. Other performances have honored Holocaust survivors. They’ve been held in public spaces, at schools, and even in a hospital, where doctors, patients, and nurses all sang in harmony.

Koolulam’s innovative concerts have become viral sensations on YouTube, where their videos have accumulated millions of visits. They’ve also become one of the hottest live acts in Israel: Tickets to the Jerusalem performance of “One Love,” for instance, sold out in minutes. Koolulam has become so successful that what started as a side project for its founders — a film director, digital entrepreneur, and musician, respectively — has evolved into their full-time profession. They have inspired millions in Israel and beyond. And they’re now aiming to take Koolulam global.

“They are doing a good deed helping people connect like this,” said a young woman at the “One Love” performance. “I really hope this togetherness spills over into the rest of life.”