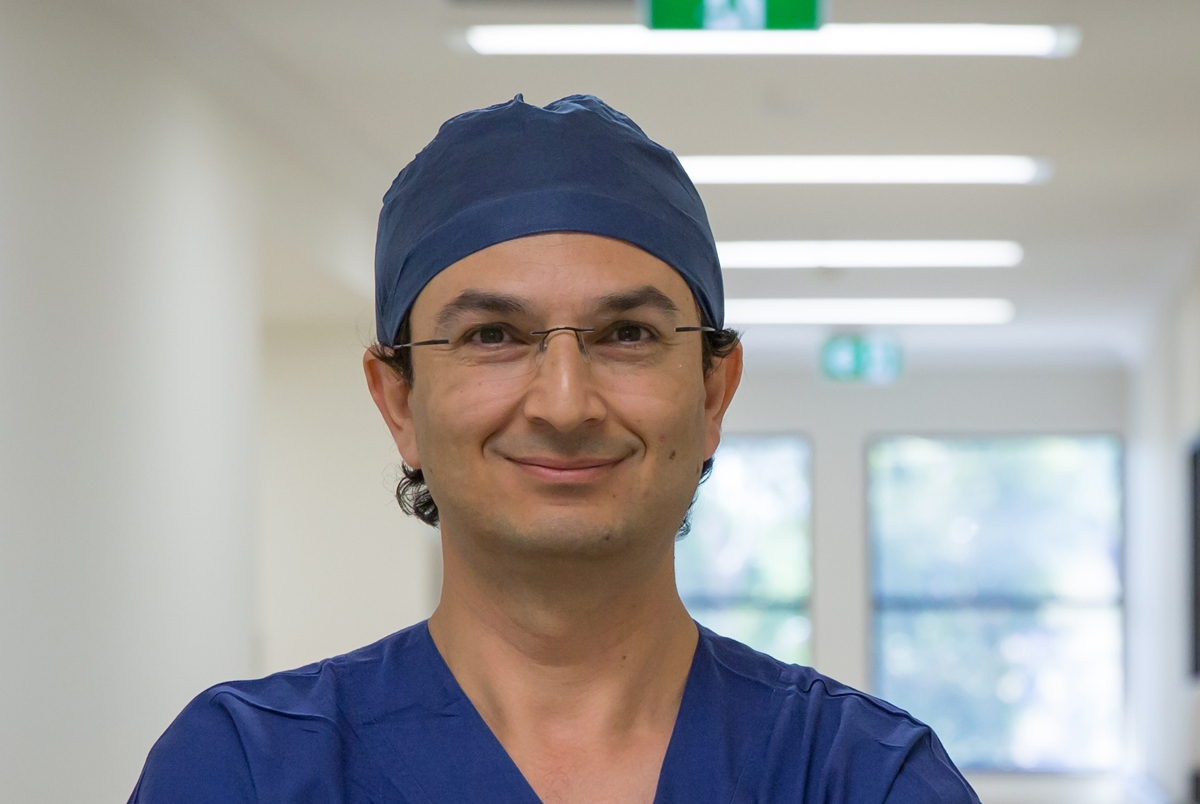 In November 2009, 20-year-old British soldier Michael Swain lost both his legs in a bomb attack while fighting in Afghanistan. Four years later, living as a double amputee, Swain flew to Australia to meet with Dr. Munjed Al Muderis, who inserted titanium implants into the patient’s leg bones and then attaching prosthetics to them; in effect, recreating the sensation of having legs. Months later, the wounded young veteran walked onto an airplane for the long flight back to the U.K. — having regained, improbably, the gift of motion

Al Muderis’ groundbreaking work is called osseointegration, a procedure that has helped thousands of people with missing or deformed limbs regain mobility. But the doctor is no stranger to miracles. Born into a prominent family in Baghdad, he decided to become a surgeon after watching The Terminator as a boy. His dreams were interrupted one day in 1999 when men from Iraq’s Republican Guard entered the hospital where he worked. They demanded that surgeons mutilate the ears of soldiers accused of desertion — an order from Saddam Hussein himself. When the head doctor refused, citing Hammurabi’s Code, he was taken away and shot dead.

Al Muderis feared for his life. But he also knew that he would never forgive himself if he intentionally inflicted harm. He slipped away and hid in the women’s bathroom for five hours. When it was finally safe, Dr. Al Muderis didn’t just escape the hospital. He fled Iraq entirely.

Weeks later, the young surgeon found himself on a rickety boat packed with fellow refugees and bound for Christmas Island off the coast of Australia. Eventually, he reached the mainland, where he was held for months at a squalid refugee camp. There, as one of the few detainees able to speak English, he stood up for fellow refugees whom he felt had been mistreated. "The Australian people don't want you here," an immigration official told him. But Al Muderis persisted — and slowly began to rebuild his life.

Nearly two decades removed from his ordeal, Al Muderis has become one of Australia’s most successful orthopedic surgeons — a daily practitioner of miracles. And last year, his remarkable journey came full circle. The government of Iraq invited him to return home to operate on hundreds of men and women injured during Iraq's recent battle against the Islamic State.

A New York Times reporter was at the triage ward and watched as Al Muderis performed more than 200 operations. During those days, the reporter wrote, the doctor “never sat, or even so much as leaned on a desk.” He would not rest until there were no more patients to see.

If the words “Game Changer” describe Munjed Al Muderis, two other words can be found in the title of his own memoir — two words that describe both his own odyssey and the fate of his patients: “Walking Free.”