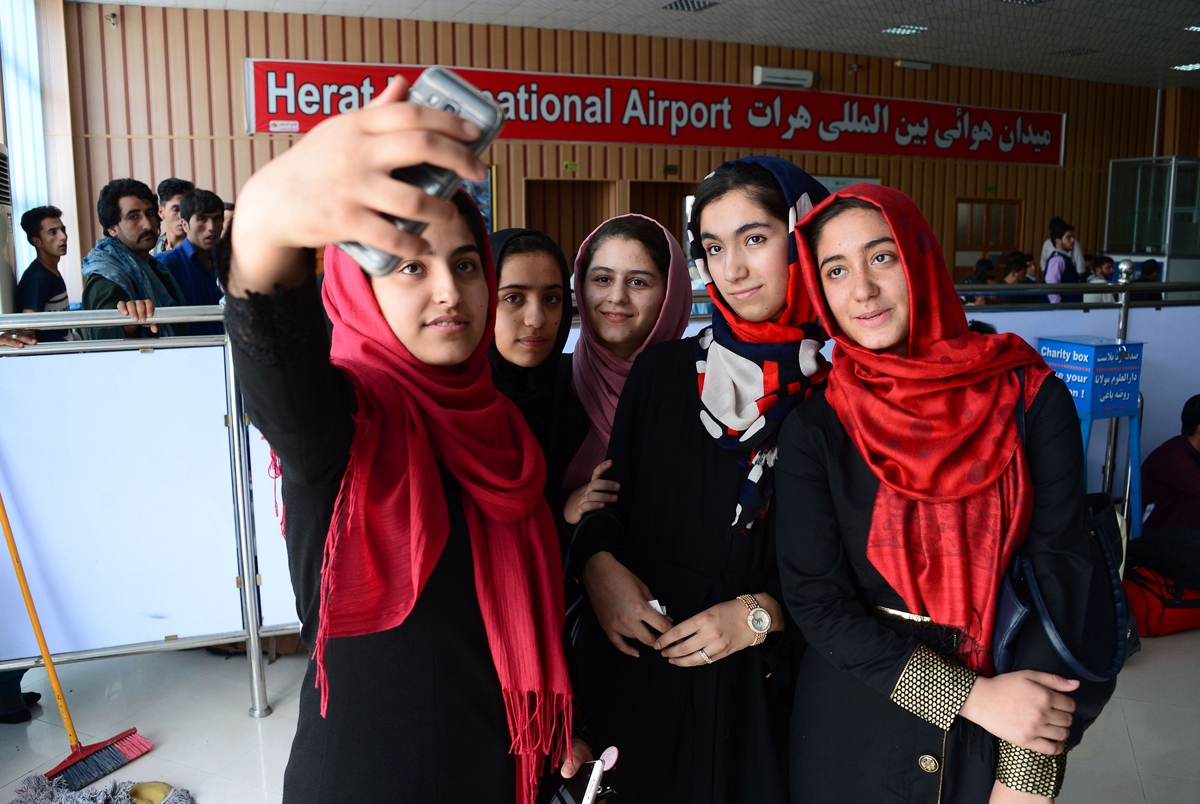 The members of the Afghan Girls Robotics Team are more accomplished than your average teenagers: Their ball-sorting robot, built to distinguish between contaminated and clean water, won them a silver medal for “courageous achievement” at an international robotics competition in Washington, D.C. But what truly sets them apart is how they got there in the first place — and where they came from.

Afghanistan is one of the world’s most inhospitable places for female education. The majority of girls do not learn to read or write, and in recent years very few have succeeded in the fields of science and technology. In addition, persistent poverty and violence make competing in international competitions close to impossible for the vast majority of Afghans. Last year the Afghan Girls Robotics Team encountered a different kind of obstacle when, after making the 500-mile journey from their native Herat to the U.S. embassy in Kabul, they were denied visas for the United States. No reason was given — and it was only following an outcry that the U.S. government granted the girls special status and allowed them in. When they returned home, there was fresh heartbreak: The father of the team’s captain was killed in a suicide bombing.

In the months since their plight attracted worldwide attention, the girls have carried on doing what they do best: displaying their remarkable ingenuity at robotics competitions around the globe. Last November, the Afghan team won an “Entrepreneur Challenge” at a festival in Estonia for developing a solar-powered robot that could help farmers with seeding and other tasks — offering a potential boon for their heavily agricultural country.

Roya Mahboob, the first female CEO of a tech company in Afghanistan and one of the team’s sponsors, said that the girls’ real legacy will go far beyond robotics.

“When the girls came back [from Washington] there was a huge movement — the leaders, the communities, the families, everyone was changing their views on women in science and technology. They became an example of hope, happiness, and a sense of pride for the Afghan community.”