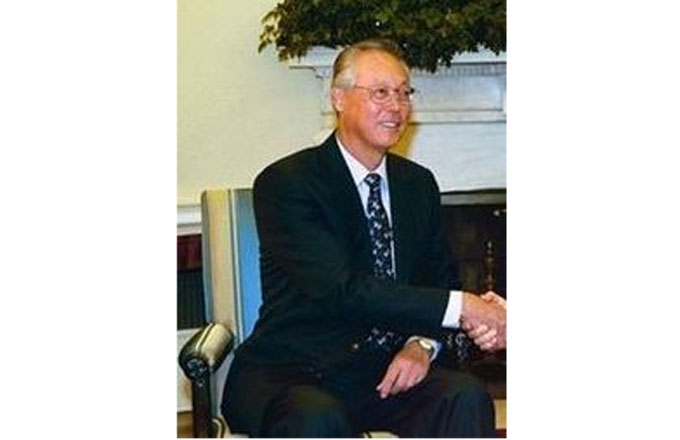 Asia is not a new frontier for America. US contacts with Asia go back a long way. For example, the historical connection of the US with Asia is vividly portrayed in Commodore Perry's sailing into Tokugawa, Japan, in 1853. In Southeast Asia, more than a century ago, the US went into the Philippines when Spain ceded the islands.

US engagement with Asia was most painfully felt in the last half century, when America went to war in Asia thrice - the Pacific War, the Korean War and the Vietnam War. The US committed enormous resources and lives to contain aggression in the region.

These wars embedded US strategic and economic interests in Asia. After the Second World War, the US stayed and helped in the region's reconstruction. Japan, for example, rose from the ashes of war to become an economic giant, in large measure because of America's pro-trade policies and investments. Throughout Southeast Asia, the US pressed the European colonialists to dismantle their empires. Colonies became nations. America's presence contained regional rivalry and tension during the period of decolonisation.

The US was a reassuring and stabilising force. If the US had remained isolationist, the region might be very different today.

In 1967, when ASEAN was established, Southeast Asia was a turbulent place.

In continental Southeast Asia, the US fought to contain the spread of communism in Indochina. For a decade from 1965 to 1975, the US held the line in Indochina. Had the US not done so, the communist threat from the north would have cast a cloud of uncertainty on an already unstable region. The conditions would not have been conducive for ASEAN's growth.

The US involvement in Vietnam bought precious time for the ASEAN countries to put their house in order and to lay the foundation for the grouping to develop into a cohesive organisation. ASEAN economies began to take off, spurred by US investments and a friendly American market.

However, a younger generation often forgets the facts of history, especially in a unipolar world where US dominance is often resented. The strategic importance of past US engagement with the region has therefore to be reiterated. The US presence has been a determining reason for the peace and stability Asia enjoys today. It has helped turn an unstable region of tension and strife into a booming and dynamic Southeast Asia.

Let me now give my assessment of how I think both sides today view US engagement with ASEAN, and what I believe to be some of the challenges that will shape US interest in ASEAN.

First, the ASEAN perspective. There is a grudging acceptance that the US continues to be a stabilising factor in the region. While there are differences in how each ASEAN country sees the US security presence, there is an underlying recognition that without it, the politics of the region would be more complex and troublesome.

The economic benefits of US engagement are clearer and less controversial. There is recognition that the US will continue to remain the key source of capital, technology, talent and market.

Nevertheless, anti-US rhetoric is striking a degree of resonance among some countries in the region. The US has lost some goodwill in the region since the Asian financial crisis. Fairly or unfairly, the US was perceived to be not forthcoming enough in helping the Southeast Asian countries. The IMF was seen by some as a tool of the US to achieve the latter's political objectives. The strictures imposed by the IMF and its perceived arrogance compounded this perception.

There is also increasing concern that the income gap between North and South is widening as a result of globalisation. The failure of the Seattle WTO meeting was a manifestation of this backlash against globalisation. The dominance of the West, personified by the US, will lead to rising nationalism in countries less prepared for globalisation. The US and other Western developed countries, the vanguard and advocates of globalisation, will increasingly be seen as benefiting at the expense of the developing countries. Some Asian countries, for example, blame the Asian financial crisis on western pressures to uncritically and prematurely open up their economies and adopt American economic and political models and mores.

Such resentment can be highly destructive. It will erode the goodwill that the US has built up in the region, and affect US political and economic interests.

From the perspective of the United States, ASEAN's stability and prosperity have served its interests well.

ASEAN is relevant to the US for strategic reasons. For example, ASEAN remains useful through its ability to shepherd regional processes like the ASEAN Regional Forum (ARF). The ARF also provides a natural forum for the US to engage other major players in the region through a regional security framework.

The strong, dynamic economies that the US helped foster in ASEAN have also allowed the US to reap significant economic dividends. ASEAN is America's fourth largest trading partner, after Canada, Mexico and Japan. Total trade between the US and ASEAN is now almost 20% of its trade with Asia, and bigger than its trade with China.

But US interest in ASEAN could weaken.

First, the Asian financial crisis has dented ASEAN's credibility and standing. ASEAN's current difficulties and perceived lack of political cohesiveness and vision risk diminishing its relevance in the eyes of US policy makers.

Second, throughout most of the later half of the 20th century, the US and its allies generally subordinated potential economic and other conflicts within the alliance to the overriding interest of political and security cooperation. With the end of the Cold War, however, the national priorities of the US and its allies have changed. It seems that greater attention is now accorded to domestic interests. Demands and pressures of domestic lobbies and specific interest groups are growing. Human rights, the environment and humanitarian interests are now active players in the US foreign policy process. These have complicated US relations with some countries in Asia, and distracted the US from its longer-term strategic interests in engaging Asia. Politics in an election year will confound and obscure these interests even more.

Third, US attention in Asia today is more focussed on Northeast Asia, where its fundamental interests are at stake and more pressing. In fact, the single most important relationship underpinning stability in Asia today is the triangular US-China-Japan relationship. In this relationship, managing US-China relations is a top priority for the US. The cross-strait issue is the nub of it. The rise of China and its impact on Japanese calculations of its interests will complicate US-Japan relations. So will Japan's legitimate aspirations to play a greater leadership role in the region.

North Korea is also a key concern for the US. Initially, it was to contain North Korea's missile programme. Now, the long-term preoccupation will be to manage North Korea's opening up and the resultant effect of the thawing North-South relations on US military presence in South Korea and Japan.

All these developments in Northeast Asia will take up much of US attention, at the expense of its engagement with ASEAN.

We have to accept that all relations evolve over time. New priorities will emerge. The geo-political and economic landscape will change. The danger is that if both the United States and ASEAN take the relationship for granted, these ties will weaken through complacency and neglect. Though ties between the US and ASEAN must continuously adapt to new dynamics and realities, there are compelling reasons for the US and ASEAN to work together.

Historically, the US has built up a tremendous reservoir of goodwill in the region. I have already mentioned the security and economic dividends that the US has reaped from its engagement with ASEAN. The US has furthermore educated generations of ASEAN policy and business elites, most of whom understand and appreciate the values and traditions that the US represents. These elites have also experienced the cutting edge of US technology and innovations. This goodwill is a strategic resource that the US should not inadvertently squander.

Economically, ASEAN is recovering. It is a sustainable recovery. In 1999, the ASEAN economic growth rate was about 5%. This was a marked improvement from a contraction of 4.4% in 1998. Individually, most of the ASEAN countries are now enjoying positive growth rates of between 3%-8%. ASEAN is an integral part of the wider East Asian region, which will grow strongly this coming decade. The fundamental strengths of the East Asian economies, including ASEAN, remain intact. They have young populations, and an educated and hardworking work force. They are big emerging markets for the US.

Politically too, ASEAN remains committed to maintaining the US presence in the region. Thailand and the Philippines are treaty partners of the US. Singapore, on its part, provides the US access to our naval facilities. Malaysia and Indonesia also welcome US naval vessels at their commercial shipyards. In addition, through the ASEAN Post Ministerial Conferences and the ARF, the US has another channel to manage its broader foreign policy interests in the region.

In the coming years, the issues that will arise in Asia will be far more complex and difficult to manage than during the Cold War. The stakes are high for both ASEAN and the US. There are both dangers and opportunities. They demand greater cooperation between the US and ASEAN countries, at the bilateral, regional and even global level. For instance, with increasing cooperation among the East Asian countries, the US should work with ASEAN to ensure that its interests are taken into account as this process evolves.

I am convinced that regional stability and prosperity are better served with greater and closer US-ASEAN cooperation. And conversely, that both sides stand to lose if ties between the US and ASEAN are weakened. We must both play our part to strengthen this extremely important relationship.