A Sufi Concert for Peace 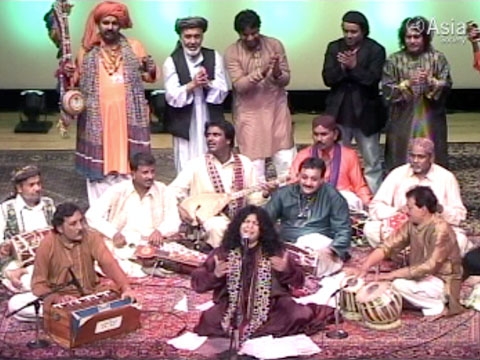 NEW YORK, July 22, 2010 - Asia Society hosted the concert "The Sufis of the Indus: A Musical Journey from Pakistan" as a Program Partner of the Pakistani Peace Builders' first New York Sufi Music Festival.

The New York Sufi Music Festival is an initiative aimed at projecting Pakistan's peaceful human face and culture. This effort, which brings together multi-generational musicians inspired by and performing Sufi poetry from all over the country, is spearheaded by Ambassador Abdullah Hussain Haroon, Permanent Representative of Pakistan to the United Nations, and is conceived and organized by Pakistani Peace Builders, a new independent cultural diplomacy campaign whose aim is to celebrate and express the longstanding values of tolerance, respect, and commitment to universal human rights which characterize the vast majority of Pakistanis.

Also a part of Asia Society's ongoing Creative Voices of Islam in Asia initiative, the evening featured charismatic Sufi performers representing a range of Pakistan's provinces. The roster consisted of:

For in-depth biographies of the performers, and to learn more about the cultural context they spring from, download the program notes, above left, and watch the video above, for concert highlights.