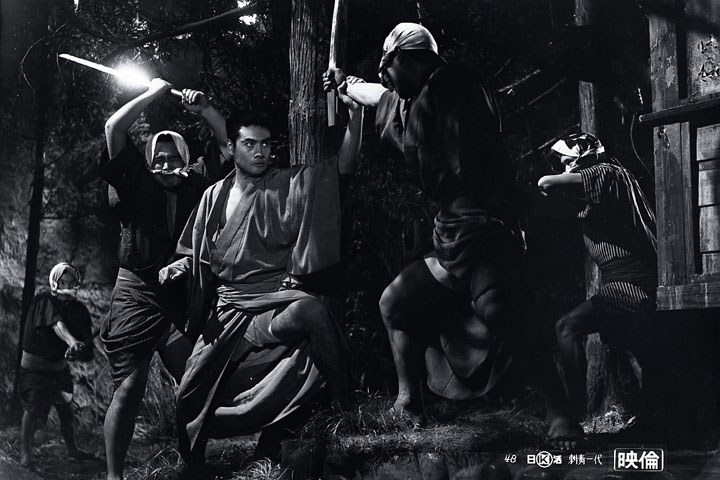 (Editor's note: The following article originally appeared in conjunction with the Asia Society film series Gamblers, Gangsters, and Other Anti-Heroes: The Japanese Yakuza Movie, a retrospective of five films curated by Ian Buruma in March and April 2008.)

Like the American Western, which it resembles in many ways, the classic yakuza movie deals in myths. The movie yakuza world, whose golden age was in the 1950s and early 1960s, is one of noble Robin Hoods living and, more pertinently, dying by such distinctly pre-modern codes as chivalry, loyalty, and honor. Progress is bad, tradition good. The good boss wears a kimono and sticks to a moral code. The bad boss wears a business suit and cares only about money. In the new world of ruthless capitalism, the true yakuza hero, as a man of honor, only fights with a Japanese sword. He is also a loner. Instead of riding off into the sunset, however, the Japanese counterpart of Wayne or Eastwood sacrifices himself in a hopeless last battle against cowardly modern guns. The final act of sacrifice has a ceremonial, indeed ritual quality. One might even see these early films as passion plays of a kind.

This myth was partly self-serving, since some of the producers of the classic yakuza film were not always a million miles removed from organized crime themselves. Like many American gangsters, Japanese yakuza would model themselves after their movie heroes. Although yakuza, like all gangsters, on film and in real life, tend to be ultraconservative, the classic yakuza heroes, portrayed by such stars as Tsuruta Koji and Takakura Ken, were very popular in the 1960s with leftwing student rebels, who admired the yakuza’s romantic last stand against modern capitalism.

As happens with all myths, the yakuza myth was duly debunked by a new generation of filmmakers, who projected a very different image of the gangster. Directors such as Fukasaku Kinji and Suzuki Seijun showed a much more cynical world of violent mobsters who killed for money, or just for the hell of it. In these films traditional values have collapsed, or are seen as a black joke. If the classic yakuza picture of the early 1960s was somewhat lacking in laughs—ritual cannot afford to be funny—the later gangster films are frequently marked by a macabre sense of humor.

But it is probably too early to declare the old myths dead. Myths of heroic sacrifice never really die, however much we like to debunk them. Like the Western gunslinger coming to town to fight for an older, better world against the men in the black hats, the pure yakuza keeps reviving, albeit in different guises. We need such heroes, as long as the world around us is imperfect. Yakuza pictures, like Westerns, go through cycles of romanticism and realism. This program is an attempt to show this, as well as the work of directors, whose mastery of a popular genre has never been fully appreciated outside Japan.