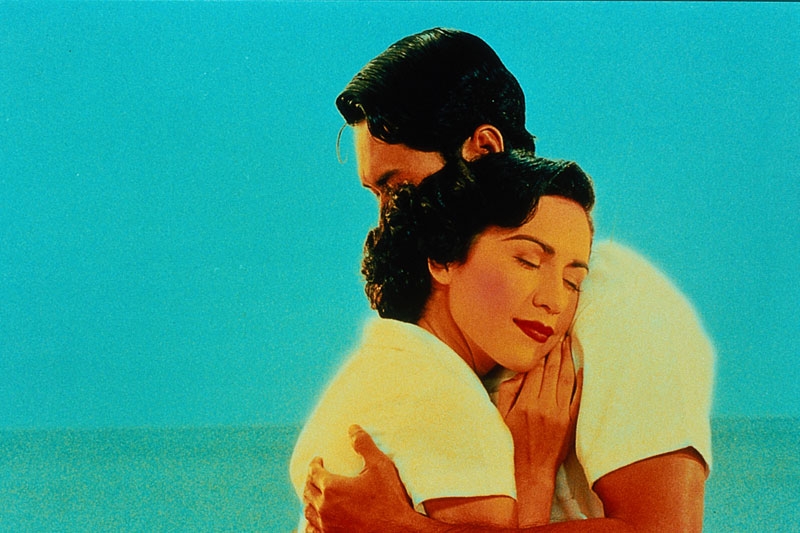 The Thai film industry is buzzing with excitement these days. The emergence of some of the world's most original cinematic voices since the late '90s, notably Apichatpong Weerasethakul, Pen-Ek Ratanaruang, and Wisit Sasanatieng, has put Thai cinema on the international map. Thai films are now regular fixtures at major film festivals, garnering awards around the globe, culminating in the riveting Cannes Film Festival Palme d'Or win of Uncle Boonmee Who Can Recall His Past Lives (Apichatpong, 2010). This series presents works made since 2000 by six filmmakers, all born in the '60s and '70s, and provides New York audiences with a rare opportunity to sample a diverse group of films from Thailand.

Major support for this film series is provided by the Thai-US Partnership Program of Thailand's Ministry of Foreign Affairs, Thai Artists Alliance and New York State Council on the Arts .

All films in 35mm prints with English subtitles.

A death in the family brings husband and wife, Wit and Dang, back to Bangkok from America. Jetlagged and restless, Wit encounters a young lady, Ploy, in the hotel bar while she is waiting for her mother to arrive from Stockholm. The couple and this stranger soon find themselves trapped in a hotel room, where paranoia and jealousy force the couple to confront their rocky marriage. Seamlessly moving between dream and reality, this unsettling drama mirrors the characters' state of sleep deprivation. Post-screening Q&A with director.

Discussion: A Conversation with Apichatpong Weerasethakul and Pen-ek Ratanaruang
Saturday, May 14, 2011, 2:00 pm

Two leading and award-winning figures of Thai cinema join La Frances Hui of Asia Society, who is the curator of this series, in a conversation about the current Thai film renaissance. Apichatpong Weerasethakul (b. 1970) is the director of Blissfully Yours (2002), Syndromes and a Century (2006), and Uncle Boonmee Who Can Recall His Past Lives (2010), among others. Pen-ek Ratanaruang (b. 1962) is the director of Mon-Rak Transistor (2001), Last Life in the Universe (2003), and Ploy (2007), among others. Followed by a reception.

On a full-moon night, something unusual takes place on board a bus traveling from Bangkok to I-San in northern Thailand. Seemingly possessed, passengers act out parts of a soap opera playing on the radio. Whenever the bus makes a stop, the passengers spring back to real life. Inspired by an idea of Apichatpong Weerasethakul, this unusual and dream-like road movie playfully explores the dichotomies of real life and drama, and of professional actors on the radio and non-actors playing passengers.

Winner of the Palme d’Or (Cannes Film Festival), Uncle Boonmee follows the final days of a man’s life. In the lush countryside, Uncle Boonmee is visited by his loved ones, including his deceased wife appearing as a ghost and his long-lost son who has taken on a non-human form. Mysterious as it is, nothing is scary in the world of Uncle Boonmee. This peaceful and poetic film meditates on the myths and secrets of the universe. Post-screening Q&A with director.

"A work of unostentatious beauty and uncloying sweetness." — J. Hoberman, The Village Voice

Click here to watch the Q&A with Apichatpong Weerasethakul.

Based on the true story of a male volleyball team made up of gays and transsexuals that competed in the Thai national championships in 1996, The Iron Ladies portrays the rise of a team against all odds. Filled with colorful characters including a transsexual cabaret beauty, a muscular army sergeant, and three seemingly identical cheerleaders always moving in synchrony, this upbeat and hilarious comedy was a major audience hit in Thailand and has picked up awards in multiple international LBGT film festivals.

Newly married with a pregnant wife, the charming rural singer Pan is drafted into the army, where he enters a singing contest and places second. In order to follow his singing dreams, Pan deserts his post and ends up in Bangkok, where he faces a series of misfortunes. "A piece of candy with just a taste of satirical poison at its center," is how director Pen-ek Ratanaruang describes this tragic, bittersweet tale. Paying homage to the luk thung music of Thai pop star Surapol Sombatcharoen (1930-68), Mon-Rak brims with melancholy and longing.

"A film to marvel at and be enraptured by." — Sukhdev Sandhu, The Telegraph

Some call this a Pad Thai western but it is no ordinary cowboy movie. At the center is a doomed romantic affair between the impossibly stunning Rumpoey, daughter of a governor, and Dum, her childhood love turned bandit, a.k.a. Black Tiger. With its corny dialogue, over-the-top action choreography, and digitally enhanced pulpy hues (very wild yellows, blues, and pinks!), this irresistible eye-candy film — the first Thai film to be screened at Cannes — pushes cinematic boundaries in every direction and is a big-screen must-see.

Ananda (Ananda Everingham) has returned home to become an actor after living abroad. On a seaside movie set, he is visited by his girlfriend from California, Zoe (Cerise Leang). Tacitly, the two are drifting apart. Several months later, Ananda is in Bangkok living with a new girlfriend, May (Sajee Apiwong). The two share moments reminiscent of Ananda’s previous relationship. A directorial follow-up to the much praised Wonderful Town (2007), Hi-So, which refers to Thailand's high society types, portrays life between languages and cultures with an eloquent grace. Post-screening Q&A with actress Cerise Leang.

Set in a small town and a jungle near the Burmese border, Blissfully Yours follows a young Thai woman and her Burmese boyfriend, an illegal immigrant, on an afternoon of blissful interlude. Though peaceful and calm on the surface, the lovers and a middle-aged woman who joins them, and the jungle itself, embody hidden conflicts. With the opening credits leisurely appearing 45 minutes into the film, this early work by Cannes Palme d’Or winner Apichatpong Weerasethakul offers a meditative journey into a world of nature and manmade conflicts.

New Museum
May 19-July 3, 2011
Apichatpong Weerasethakul: Primitive is the first New York exhibition devoted to the work of the internationally acclaimed Thai artist and filmmaker Apichatpong Weerasethakul. PRIMITIVE (2009)—which is having its American debut at the New Museum—is his most ambitious project to date: a multi-platform work consisting of an installation of seven videos and related pieces. In conjunction with the exhibition, Weerasethakul will also be in residency at the New Museum, participating in a series of public screenings and conversations. For more information, click here.

Anthology Film Archives presents short films by avant-garde master Bruce Baillie, who Apichatpong Weerasethakul has long proclaimed as a crucial influence, on May 27, 2011, 9:00 pm, with Baillie in attendance. For details, click here. Anthology will also screen the NY Theatrical Premiere Run of Agrarian Utopia (June 10-16, 2011), Uruphong Raksasad's ravishing documentary/fiction hybrid that provides a partial back-story for the recent clashes in Bangkok between the Thai government and the red-shirt protesters. For more information, click here.