Amrita Sher-Gil in Her Own Words

Letters and images evoke one of India's major modern artists 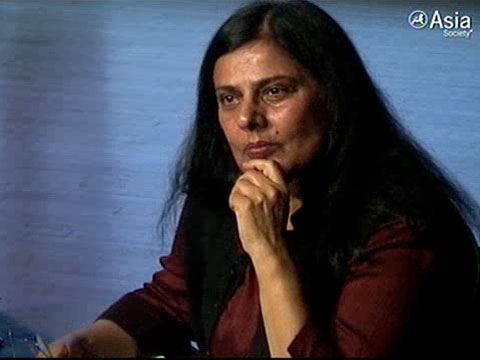 NEW YORK, November 29, 2010 - The life and work of Amrita Sher-Gil (b. 1913-1941), one of India's most renowned 20th-century painters, were made vividly present in an evening of film, readings, and personal reminiscences at the Asia Society.

The evening began with a screening of Amrita Sher-Gil: A Family Album (2006), a documentary produced and directed by Sher-Gil's niece Navina Sundaram, a television journalist and independent filmmaker. The film gives a sense of Sher-Gil's life, her vivacious character, and unrelenting spirit, all of which were shockingly cut short by her sudden death at the age of 28.

The daughter of an Indian aristocrat and a Hungarian opera singer, Sher-Gil attended the Ecole des Beaux-Arts in Paris in the 1930s, where she was influenced by the great European artists of the time. Both Europe and India had profound influences on her work. In her letters she wrote, "I began to be haunted by an intense longing to return to India, feeling in some strange and inexplicable way that there lay my destiny as a painter... my professor had often said that judging by the richness of my coloring I was not really in my element in the grey studios in the West, that my artistic personality would find its true atmosphere in the color and light of the East."

In India, Sher-Gil realized her ambition "to interpret the life of Indians and particularly the poor Indian pictorially, to paint those silent images of infinite submission and patience, to depict their angular brown bodies strangely beautiful in their ugliness, to reproduce on canvas the impression their sad eyes created on me, to interpret them with a new technique, my own technique."

Unfortunately, Sher-Gil's creative life lasted only seven years. Sundaram was careful to note that she doesn't know what directions her aunt's art would have taken had Sher-Gil lived a longer life.