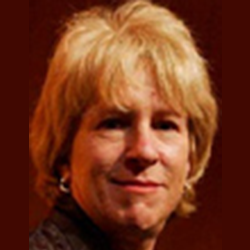 Rachel Cooper is Director of Global Cultural Diplomacy Initiatives at the Asia Society. Cooper has presented and curated film programs from India, Indonesia, China, Iran, Japan, Korea and Thailand, as well as producing and presenting performances from throughout Asia. She has co-sponsored and presented various film festivals and film series at the Asia Society, including the Iranian Documentary and Short Film Festival, the Asian American International Film Festival and the IAAC India Film Festival, among others. She has organized major arts and culture initiatives, including Festival of Song: Music of India and Pakistan, Creative Voices of Islam in Asia, Festival of Indonesia and Dance — the Spirit of Cambodia. In addition, she has conducted and published research on international impact of the arts, which resulted in the report Making a Difference through the Arts. In 2006 she was awarded the Dawson Award for Sustained Excellence in Arts Programming.

Michelle Yun Mapplethorpe is Vice President for Global Artistic Programs at Asia Society and Director of Asia Society Museum in New York, appointed in October 2020. She is responsible for the Museum’s exhibitions program and its permanent collection, including the Mr. and Mrs. John D. Rockefeller 3rd Collection of traditional Asian art and a collection of contemporary artwork by leading and emerging Asian and Asian American artists. She also serves as Artistic Director of the Asia Society Triennial. Since joining Asia Society in 2012 as Curator of Modern and Contemporary Art, Yun Mapplethorpe has served as curator or co-curator for more than twenty-five exhibitions for the museum. She is a widely published author and frequent lecturer on modern and contemporary Asian art. Prior to joining Asia Society, she was Curator of the Hunter College Art Galleries. She has served as Project Director of Cai Guo-Qiang’s studio and as Curatorial Assistant in the Department of Painting and Sculpture at the Museum of Modern Art, New York, in addition to organizing numerous independently curated exhibitions. Yun Mapplethorpe earned her MA in modern art and critical studies from Columbia University and her BA from Mount Holyoke College. She is a graduate of the Getty Leadership Institute’s Executive Education Program for Museum Leaders and sits on the advisory board of the Mount Holyoke College Art Museum. 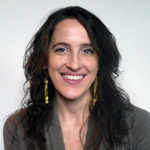 Alexis Menten is a director in Asia Society’s Education division, where she leads afterschool and youth leadership initiatives for the Partnership for Global Learning. The Partnership connects educators, business leaders, and policymakers to share best practices, build partnerships, and advance policies to ensure that all students are prepared for work and citizenship in the global 21st century. In support of this mission, Alexis directs Asia Society’s Expanding Horizons initiative, which advances global learning as an essential approach for all high-quality afterschool and summer programs, and as a means to build collaboration between schools and community partners. Alexis joined Asia Society after several years in Central Asia and the Middle East, where she coordinated youth programs for the Aga Khan Trust for Culture and directed school- and community-based educational technology programs for Relief International - Schools Online. She is a graduate of Bryn Mawr College. 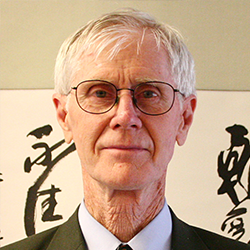 Orville Schell is the Arthur Ross Director of the Center on U.S.-China Relations at Asia Society in New York. He is a former professor and Dean at the University of California, Berkeley’s Graduate School of Journalism.  Schell is the author of fourteen books, nine of them about China, and a contributor to numerous edited volumes. His most recent books are, Virtual Tibet, The China Reader: The Reform Years, and Mandate of Heaven: The Legacy of Tiananmen Square and the Next Generation of China's Leaders. He is also a contributor to such magazines as The New Yorker, The Atlantic, The New York Times Magazine, The Nation, The Los Angeles Times Magazine, Granta, Wired, Newsweek, Mother Jones, The China Quarterly, and The New York Review of Books. Schell graduated Magna Cum Laude from Harvard University in Far Eastern History, was an exchange student at National Taiwan University in the 1960s, and earned a PhD (Abd) at University of California, Berkeley in Chinese History. He worked for the Ford Foundation in Indonesia, covered the war in Indochina as a journalist, and has traveled widely in China since the mid-70s.

Dr. Hassan Abbas is a former Bernard Schwartz Fellow at the Asia Society’s New York headquarters. Hassan joined Columbia University's South Asia Institute as Quaid-i-Azam Chair Professor in January 2010 and is also a Senior Advisor at the Belfer Center for Science and International Affairs at the Kennedy School of Government, Harvard University, after having been a Research Fellow at the Belfer Center from 2005 to August 2009. He is also a non-resident Fellow at the Institute for Social Policy and Understanding (ISPU), Michigan, and an Associate of the Pakistan Security Research Unit (PSRU), University of Bradford, in the United Kingdom. He received his Ph.D. from the Fletcher School of Law and Diplomacy, Tufts University and an LL.M. in International Law from Nottingham University, UK, where he was a Britannia Chevening Scholar (1999). Hassan also remained a visiting fellow at the Islamic Legal Studies Program at Harvard Law School (2002–2003) and as a visiting scholar at the Harvard Law School's Program on Negotiation (2003–2004). His research interests are nuclear proliferation, religious extremism in South and Central Asia, and relations between Muslims and the West. Hassan is a former Pakistani government official who served in the administrations of Prime Minister Benazir Bhutto (1995–1996) and President Pervez Musharraf (1999–2000).

Priscilla Clapp is a retired Minister-Counselor in the U.S. Foreign Service and a senior advisor to Asia Society, the U.S. Institute of Peace, and other NGOs focused on Myanmar. During her 30-year career with the U.S. Government, she served as Chief of Mission at the U.S. Embassy in Burma (1999–2002), Deputy Chief of Mission in the U.S. Embassy in South Africa (1993–96), Principal Deputy Assistant Secretary of State for Refugee Programs (1989–93), Deputy Political Counselor at the U.S. Embassy in Moscow (1986–88), and Chief of Political-Military Affairs in the U.S. Embassy in Japan (1981–85). She also worked on the State Department's Policy Planning Staff, in its East Asian, Political Military, and International Organizations Bureaus, and with the U.S. Arms Control and Disarmament Agency. Prior to government service, Ms. Clapp spent 10 years in foreign policy and arms control research, under contract to the MIT Center for International Studies and as a research associate at the Brookings Institution. She is a member of the Council on Foreign Relations and the International Institute for Strategic Studies. Her books include: with Morton Halperin, Bureaucratic Politics and Foreign Policy (Brookings, 2006), with I.M. Destler et al., Managing an Alliance: the Politics of U.S.-Japanese Relations (Brookings, 1976), with Morton Halperin, U.S.-Japanese Relations in the 1970's (Harvard, 1974). She is also the author of numerous chapters, articles, and other publications on foreign policy, and has co-authored multiple Asia Society reports on Myanmar, including Sustaining Myanmar's Transition: Ten Critical Challenges and Advancing Myanmar’s Transition: A Way Forward for U.S. Policy. 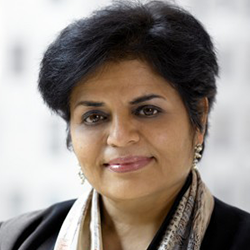 Dr. Desai is the President Emerita of Asia Society. As the organization's president, from 2004 to 2012, Dr. Desai set the direction for the Society’s diverse sets of programs ranging from major U.S.-Asia policy initiatives and national educational partnerships for global learning to path-breaking art exhibitions and innovative Asian American performances. Dr. Desai is a frequent speaker at national and international forums on a wide variety of subjects that include US-Asia relationships, cultural roots of Asian economic development, regional connections within the Asia Pacific region, as well as the arts and cultures of Asia and Asian America. She has authored many opinion pieces that have appeared in over 50 publications around the world. As a scholar of Asian art, Dr. Desai has published and edited several books and numerous articles on traditional and contemporary art. She has an international reputation for introducing contemporary Asian art in the U.S. through critically acclaimed exhibitions and scholarly catalogues. 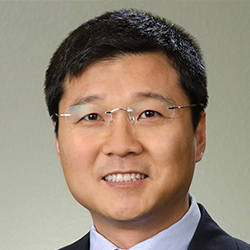 Junjie Zhang is Assistant Professor of Environmental Economics in the School of International Relations and Pacific Studies at the University of California, San Diego. His research centers on empirical issues in environmental and resource economics, and his research topics include climate change, water resources and fisheries. He is particularly interested in an interdisciplinary approach that involves both social sciences and natural sciences to deal with environmental problems with policy relevance. Dr. Zhang was the 2011 recipient of the John V. Krutilla Research Award and the 2007 recipient of the Joseph L. Fisher Doctoral Dissertation Award. He was also awarded the Dr. S-Y Hong Award for Outstanding Article by Marine Resource Economics in 2008. At present, Dr. Zhang is working on a project about renewable energy in China. Specifically, he uses the structural econometric method to investigate the impact of the project-based carbon market (the Clean Development Mechanism) on renewable energy investment. In another project about the impact of climate change on fisheries in the Southern California Bight, he develops econometric models to examine how climate change affects fisheries production. He also empirically models fishers' behavioral adaptation to climate variability and its implication for policymaking.

The Bernard Schwartz Fellows Program seeks to contribute to a better understanding of policy challenges related to the growing importance of Asia in the international political arena and global economy. The program selects highly qualified professionals to serve as resident Fellows at Asia Society's headquarters in New York City or its office in Washington, D.C. for up to one year. During the course of their residencies, Fellows direct a policy initiative, such as a Task Force, Study Group, or policy research project.

Current and Past Bernard Schwartz Fellows