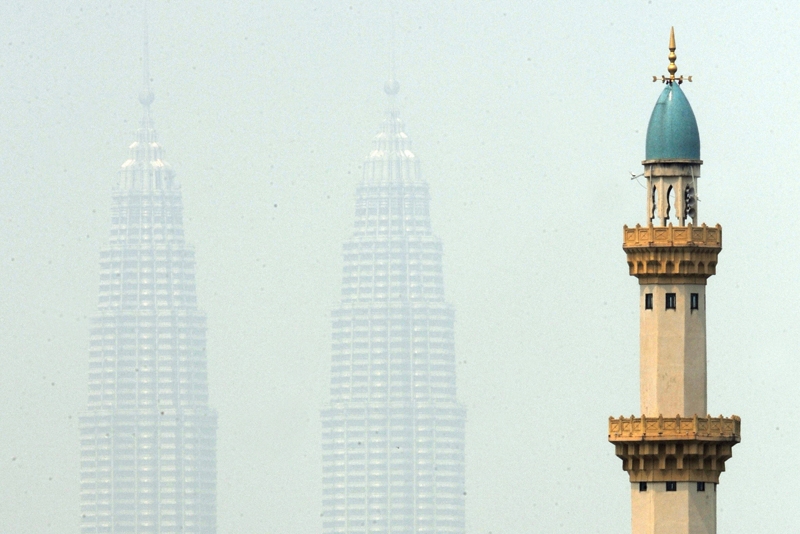 "Our diversity must be a blessing if it is not to be a curse."

Malaysian Prime Minister Dato Sri Mohd Najib Tun Abdul Razak's message was simple and succinct, yet it resonated with great impact across the Mayang Sari Grand Ballroom of the JW Marriott Hotel in Kuala Lumpur, where he gave the Keynote Address at the Opening Dinner of the fourth annual Asia 21 Young Leaders Summit, held from November 20 to 22, 2009.

Prime Minister Najib's clarion call was intended to galvanize his multi-racial, multi-lingual, multi-religious countrymen towards a resolve for One Malaysia, but it provided an appropriate aphorism for the Asia 21 Young Leaders Initiative itself, with its identity as a cross-sectoral and cross-cultural network of the most outstanding young leaders from the Asia Pacific and the US, all under age 40.

One hundred and fifty next generation leaders representing 28 countries and economies rose to the challenge posed by the conference theme The Changing Face of Leadership: Crisis and Opportunity. Discussions highlighted the overlapping financial, environmental and security crises facing the global community, and later attributed what characteristics are essential in a global leader, ways for national leaders to develop a global vision, and how crisis can be turned into opportunity. Breakout sessions allowed participants to delve in-depth into the national and global implications of Ethics and Responsibility in such areas as Censorship and Free Speech, Corruption and Governance, Healthcare, Gender Equality, Education and the Arts.

In an Asia 21 first, Fellows Lobsang Sangay (India, Class of 2007), Sandiaga Uno (Indonesia, Class of 2008), and Jumaatun Azmi (Malaysia, Class of 2009), engaged in a dialogue about Islam in Multi-Cultural Societies with Zainah Anwar, Project Director of Musawah, A Global Movement for Equality and Justice in the Muslim Family.

The KL Summit also distinguished itself as the first conference in Malaysia to be mounted as a "Green Summit," where all the stakeholders involved --- organizers, sponsors, partners and delegates themselves --- took great pains to institute environmentally-friendly and energy saving steps, including the use of public transport, local sourcing of goods and services, and use of recycled products. A plenary session was likewise dedicated to exploring how a global leadership framework can best help in addressing the climate change crisis.

A much-awaited part of every Summit is the announcement of the winner of the Asia Society-Bank of America Merrill Lynch Asia 21 Public Service Award, which comes with a US$10,000 cash prize and access to the network of resources and expertise of the incumbent Fellows Class. This year, it went to Prisoners Assistance Nepal, an NGO based in Kathmandu that conducts prison welfare work and provides a home for children who would otherwise be in jail with a convicted parent. The organization was represented by its founder Indira Ranamagar, a former Asia 21 delegate herself.

Another key element, foreseen to have far-reaching effect beyond the three-day conference, is the development of Public Service Projects that Fellows and Delegates can jointly implement. A total of eight PSPs were presented to the group in general, five of which were selected out of some 40 proposals submitted, while three of the previous year's projects were brought back to keep momentum going.

A definite highlight each year is the Leadership in Action: Moments of Truth session, a virtual free flow of incredible stories about turning points in the participants' lives that shaped the person they are now. This year was no different.

We cringed in our seats as we listened to a doctor recount his first experience with open brain surgery as a nervous 21-year-old resident, and how he learned the definition of tenacity as he literally cradled the 12-year-old patient's brain in his hands for four hours.

We cheered for the athlete who never gave up on his Olympic dream, crawling back from heartache after heartache in three unsuccessful bids, coming so close but not quite making it. He was finally able to compete in the 2008 Beijing Olympics, and eventually helped his team win the bronze medal in Men's Gymnastics.

We rooted for the troubled 12-year-old, who was shipped off to military school as a last recourse for rehabilitation but would later go on to become a Rhodes Scholar, serve a tour of duty with the US Army in Afghanistan, and become a White House Fellow, among a string of other notable achievements. Even more amazing was his story about another man who shared his name, was of the same age, and from the same neighbourhood he grew up in, now serving a life sentence for killing a policeman. He underscored the impact each of us could have on another person's life and credits his family for setting him on the right path. "It chills me to think that his life could have been mine," he says of his namesake. "But the greater tragedy is that, my life could have been his."

Behind the serious façade of the Summit, there is an element of the not-so-serious at the Asia 21 Summit.

Nightcaps on the first evening allowed participants to get acquainted with each other as they learned new techniques in photography, film-making and the Ceroc French Jive, even as some others were introduced to the esoteric art of Sufi drums. Dinner at the KL Performing Arts Centre the next night showcased a feast of local street food along with a rare performance of a traditional dance from northern Malaysia. Later that evening, the entire assembly headed off to the Teeq Brasserie for some drinks, contemporary music from some of Malaysia's up-and-coming young artists, and karaoke.

Lack of sleep notwithstanding, people still managed to get their creative juices flowing on the final day and come up with wildly entertaining yet effectively informative performances about their respective PSPs.

With the promise of an awesome experience and the company of exceptional people, who wouldn't want to be part of Asia 21?